The pandemic has spotlighted the inequalities already present in our society. The ethical challenges to businesses at this time may be familiar, but they take on new meaning and priority now. Trauma heightens people’s sensitivity to actions. What happens particularly between workers and management during this crisis will shape their relationship for decades to come.

But first, before delving into the details of these challenges, let’s take a brief look at how the working landscape has changed. This helps highlight some priorities.

Front-line “Essential” Workers in the Supply Chain and Service Industries

Employees who have become the new essential workers keeping supply chains and services open during the pandemic have had their jobs and the expectations from those jobs change suddenly. They may have often felt under-appreciated by their employers, and now they may at times feel that their employers are not providing enough personal protective equipment, social distancing, and other measures to protect workers’ health. Many of these workers also never signed up to work jobs that might involve putting their own lives, and the lives of their loved ones, at serious risk. If a person thought that she was putting herself through school, for example, by ringing people up at a cash register, it may no longer be worth it, in her view, to come to work if she risks infecting the grandmother with whom she lives.

Resentment toward these jobs may also underlie many of these concerns as they are, even in good economic times, under-paid, insecure, overly subject to employers’ changing demands, and under-appreciated. This population is, to a great extent, economically vulnerable, as supply-chain and service-industry pay has not risen with the economy in real terms for decades. Moreover, much of this population is working harder than ever now for take-home pay that may not be as much as what unemployment offers.

Privileged White-Collar Workers Who Can More Easily Work from Home

Meanwhile, for white-collar workers who find it easier to continue their jobs from home, the issues around COVID-19 manifest slightly differently. Fewer of these workers are likely outright to lose their jobs, but they are also nervous about worsening economic conditions and knock-on effects. They know that their jobs could be next.

For them, the average workday—even while taking care of children unexpectedly at home—has extended considerably. Studies of recent Internet traffic and work-activity patterns reveal that such white collar workers are working an additional three hours per day more than if they were coming into the office. Yes, there may be slacking among young, less-senior remote employees, but especially seasoned employees and middle-aged employees are working harder than ever while feeling as though their worlds are coming apart. Unsurprisingly, these rising expectations also often take a greater toll on women. Working mothers are shouldering an average additional 65-hours-a-week of unpaid care and other duties, while also putting in longer a business day.

The ethical risks to businesses in thinking about these different types of workers arise from a series of challenges:

Businesses may not be understanding the differences among their workers. Each person’s situation may be very different, and a one-size-fits-all approach to oversight may be deeply counter-productive. Research shows that employers who overreact in clamping down on diligent, hard-working employees lose them when the economy improves because of the resentment they feel toward the company for its overreaction.

Ethical Challenge #2: Reacting with Empathy When Feeling Out of Control

Employers may feel particularly out of control of their employees when those employees start working remotely. Worker surveillance software is flying off the virtual shelves. By March 2020, requests for worker surveillance systems had tripled within weeks, and phones had been “ringing off the hook” for orders. Big financial enterprises have already told their employees that they are being actively monitored at home, that their keystrokes are being recorded, and that they are being photographed every 5-10 minutes. Especially when cameras look into workers’ bedrooms, kitchens, and living rooms, workers may feel no break from the workplace, leading to burnout, indignation, rage, and even sabotaging behaviors.

Ethical Challenge #3: Maintaining Transparency When Feeling Out of Control

It is exactly when times are uncertain for both employers and employees that being honest about the situation is most appreciated but also perhaps most difficult. Employers may want to hide their financial conditions because they are worried about employees jumping ship. But employers who are transparent with employees build a sense of togetherness. Research shows that such employers inspire in employees creativity, a sense of psychological safety in such honesty, and teamwork. How employers react toward their employees in a crisis is remembered and becomes a test of the relationship.

Ethical Challenge #4: Not Taking Advantage of the Situation to Push Other Agendas

Part of the resentment that many supply-chain and service-industry workers feel toward their employers during the pandemic is layered on top of a deep distrust of management’s motives, even in good times.

The expansion of powers and control that have come, and will continue to come, with the pandemic makes many people—both workers and ethical managers—uneasy. New tools being introduced for public-health rationales, or at least initially sold as such, may continue to stay with us, as the new normal, long past the time of emergency for which they were introduced. Consider, for example, the new location-tracing app PwC, which employers will be able to install on employees’ often-personal cell phones. Already, some three out of five Americans say that they would not, or could not, voluntarily install a similar app on their phones were Apple or Google to offer it to the public. Now employers may require the use of such an app in the workplace, which stays on employees’ phones, tracing exactly who they talk to, where, and when.

Even more blatantly, Amazon has been making heat maps of its Whole Foods stores. Not, as one might think, to help if employees or customers might have fevers from the coronavirus, but explicitly to track and prevent employee union organizing. Additionally, Amazon’s firing of workers for COVID-19 safety violations and image control infractions has allegedly been a cover to get rid of some of its most vocal critics among both warehouse and white collar staff. In April 2020, notes released from an Amazon executives’ meeting revealed the company’s PR campaign to smear at least one worker personally instead of dealing with his employee safety or working condition concerns. Such practices and other ways of intimidating workers have been disturbingly wide-spread among companies during the pandemic.

Just as we would want our public officials to leave their political differences aside in the fight against COVID-19, workers are asking for more far-sighted leadership from their employers as well.

Ethical Challenge #5: Remembering the Power of Healthcare and Benefit Coverage While Not Abusing Them

It is not an accident that the majority of frontline, essential workers during the pandemic are women (75 percent of most cities’ healthcare workers), and minorities (60 percent of the nation’s warehouse and delivery workers). These groups are contracting the virus in higher numbers because of their exposure, and, in the case of minorities, dying at higher rates. It is particularly harmful under these conditions that such workers may feel that they lack the substantive moral support from their employers that leads to higher compliance with health safety orders.

As is true with any approach to an ethical challenge, it is important that employers slow down, think through the full human ramifications of their actions, and remember empathy as much as they can. When the stakes are most elevated, businesses can come through the pandemic with stronger relationships with workers by demonstrating thoughtful ethical actions.

J.S. Nelson is a law professor at Villanova Law School, a professor (by courtesy) in the Management & Operations Department of Villanova Business School, a senior fellow at Wharton’s Zicklin Center for Business Ethics Research, and an Ethical Systems Collaborator. 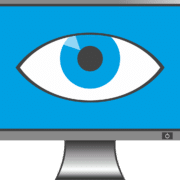 Culture Explains Our Weak Response to the Coronavirus
Scroll to top