[Cross posted from RighteousMind.com. Ethical Systems design is a way to make the 3rd story about capitalism come true]

Since moving to the NYU-Stern School of Business in 2011, I’ve been interested in the many ways that moral psychology influences economic thinking. I was surrounded by professors and MBA students who see business as a force for good, and I was periodically riding my bicycle a mile south to study the Occupy Wall Street movement, which saw capitalism as a great evil. Over the next two years I came to see that there were two diametrically opposed stories about capitalism circulating in Western cultures: capitalism is exploitation, and capitalism is alchemy (i.e., it makes gold out of base metals, and we are all better off). I began to write out those stories and make them explicit in the business ethics courses I was teaching at Stern.

In February, I was given the chance to tell those two stories at an unusual panel discussion. It was held at the American Enterprise Institute – one of the foremost free market think tanks – a place devoted to promulgating the positive story about business. Its president, Arthur Brooks, has been scrambling culture war categories recently by proposing that Republicans need to “declare peace” on the safety net, and they need to make the moral case for capitalism. As one way to explore the moral case for capitalism, Brooks invited The Dalai Lama for two days of discussions. I was invited to take part in the second day.

I had met the Dalai Lama once before, at a discussion on secular ethics at USC in 2011, and was shocked to hear his answer to my question about what kind of ethics he would like to see in Tibet: Marxist. You can see our exchange here. His Holiness firmly embraced the exploitation story. So I figured that this second meeting would be a good place to bring up the two stories about capitalism and ask him if he really meant to embrace the exploitation story told by Marxists everywhere, despite the fact that Marxism usually leads to poverty and secret police forces.

Here is the video of my talk and his response. I paste below it the transcript of my written remarks, which are quite close to what I actually said. These two stories, plus a third, yet to be written, is the topic of my next book.

Overall it was a lovely event – not overtly partisan, just an exploration of some of the most important issues of our day: capitalism, happiness, and ethics. At one point before my talk, the Dalai Lama said that, as a result of hearing the speakers, he had “developed more respect about capitalism.” You can read more about the event in David Brooks’ column.

What a wonderful world we live in, when a religious leader most beloved on the left [The Dalai Lama], comes to speak at a free-market think tank led by a man who wants conservatives to strive for social justice [Arthur Brooks]. This day gives me hope. In my remarks today, I’d like to tell you three stories about Capitalism. His Holiness endorses the first story. I will try to convince him that he should put more credence in the second story, and then help us to write the third. Here is the first story, Capitalism is exploitation. It goes like this:

Once upon a time, work was real and authentic. Farmers raised crops and  craftsmen made goods. People traded those goods locally, and that trade strengthened local communities. But then, Capitalism was invented, and darkness spread across the land. The capitalists developed ingenious techniques for squeezing wealth out of workers, and then sucking up all of societies’ resources for themselves. The capitalist class uses its wealth to buy political influence, and now the 1% is above the law. The rest of us are its pawns, forever. The end.

In their recent book Why Nations Fail, Daron Acemoglu and James Robinson show that there is a great deal of truth to this story. In most countries and at most times, economic institutions have been extractive, not inclusive and generative. This exploitation story activates many aspects of our innate moral psychology. One is that we judge people based on their intentions. When a merchant or businessperson makes our lives better, we give them no moral credit because their goal was profit. As Adam Smith put it…. “It is not from the benevolence of the butcher, the brewer, or the baker that we expect our dinner, but from their regard to their own interest.” We may praise their skill, but we never praise their virtue. In fact, we see them as selfish. This, I believe, is the story about capitalism that His Holiness embraces. When I first met him at the U. of Southern California, 3 years ago, I asked him what kind of government he’d like to see in Tibet. Here was his response:

Between socialism and capitalism, I’m socialist, and furthermore, I always describe myself as a Marxist…. But not a Leninist. In my mind, Marxism is the only economic theory that expresses a sense of concern about equal distribution. That’s a moral thing. Whereas capitalism…. Is about “how to make a profit,” only that.  And in order to get more profit, there is no hesitation to exploit.

But what if we were to judge people, and ideologies, by their results, rather than by their intentions? That would lead us to the second story about capitalism: Capitalism is our savior. STORY 2: Here’s how it goes:

Once upon a time, and for thousands of years, almost everyone was poor, and many were slaves or serfs. Then one day, some good institutions were invented in England and Holland. These democratic institutions put checks on the exploitative power of the elites, which in turn allowed for the creation of economic institutions that rewarded hard work, risk-taking, and innovation.  Free Market Capitalism was born. It spread rapidly across Europe and to some of the British colonies. In just a few centuries, poverty disappeared in these fortunate countries, and people got rights and dignity, safety and longevity. Free market capitalism is our savior, and Marxism is the devil. In the last 30 years, dozens of countries have seen the light, cast aside the devil, and embraced our savior. If we can spread the gospel to all countries, then we will vanquish poverty and enter a golden age. The end.

We heard this second story in Glen Hubbard’s remarks, and I believe the historical facts strongly support it. Free markets really are miracles. They can quite literally turn water into wine, in vast quantities, and at low, low prices, as long as vineyard owners can get  access to capital, labor, and transportation networks.

But because free markets are so astonishingly good, some people come to worship them. A basic principle of moral psychology is that morality binds and blinds. When any group of people makes something into a sacred object, the joint worship of the object binds them together, but then prevents them from seeing any faults or flaws.

Pope Francis pointed this out in his controversial Exhortation last November. He criticized those who embrace the second story too firmly as exhibiting “A crude and naïve trust in the goodness of those wielding economic power and in the sacralized workings of the prevailing economic system.” And this brings us to the third story about Capitalism, the story that has yet to be written. It begins like this:

Once upon a time, in the 1990s, capitalism triumphed over all other forms of economic organization, and the entire planet began moving toward prosperity. But we didn’t all live happily ever after. In fact, it was just the beginning of a new chapter, in which new challenges were discovered. The long compression of income inequality, which had  begun in the 1930s in many Western nations, ended. The gap between rich and poor within nations began to shoot upwards. Economic gains went mostly to the rich, who then used their money to buy legislators and laws, just as was charged in the first story.

The problem of global warming was first recognized, just as Asia was beginning to industrialize, leading to apocalyptic forecasts of submerged cities. The fragility of the world’s banking systems was exposed in the crash of 2008, shaking global confidence in capitalism’s ability to work without strong government oversight.

And as market values expanded beyond the marketplace, and started taking over medicine, education, and other domains of life, many people felt lamented the crass and degrading materialism of modernity. So this is our challenge for the 21st century: We celebrate the fact that the wide embrace of free markets has lifted more than a billion people out of poverty.

Yet we know we can do better. If we can strip away the anger, the worship, and the ideology, we can examine capitalism and its ethical challenges more openly. We can see that the supply chains that keep our shelves stocked have their origins in the deadly sweatshops of Bangladesh. We can measure the polluted air and empty oceans we are bequeathing to our children. And we can have a more nuanced discussion of equal opportunity, particularly in America where schools are funded by local taxes and money buys your children a better starting line.

So let us be grateful to the butcher, the brewer, and the baker for the bounty they bestow upon us, even when they are corporations. Let us look back in awe at the political and economic changes that brought us from the first story to the second. And then let us work together to write the third story, a story that must draw on insights from left and right, and from secular thinkers and religious leaders.

Is there a story about capitalism that could be embraced by Pope Francis, His Holiness, and the rest of today’s panelists? Let’s find out. 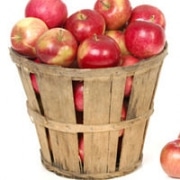