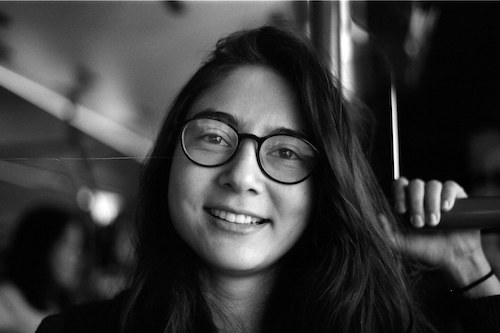 Several times in conversation people have asked me whether I mean Thanos, the Marvel villain, when I bring up Theranos. “No,” I say, “I mean Theranos, the tech company once valued at $9 billion before it imploded due to scandal—haven’t you seen the ads for the HBO documentary? They’re everywhere.” I add that Theranos of course wasn’t Thanos-level bad, but still pretty bad. Anyone can get the gist of what went wrong from little more than headlines: “Theranos Founder Elizabeth Holmes charged with massive fraud,” from CNN, or “What happened at Theranos is a dazzling story of deception,” from the Chicago Tribune. But it’s an advantage and a pleasure to hear what happened at Theranos from someone who blew the whistle on its duplicitous conduct: Erika Cheung.

In “The Inventor: Out for Blood in Silicon Valley,” HBO’s documentary on Theranos, Cheung discusses, among other things, how the leadership buried error reports concerning its blood-testing technology, which she worked on as a junior lab technician. The new blood tests were supposed to revolutionize the cost of patient care but never worked. In 2014, she left for other work in biotech. Later, in Hong Kong, she went into venture capital. Now, she and another Theranos whistleblower, Tyler Schultz, are heading up Ethics in Entrepreneurship, a non-profit organization focused on providing resources, tools, and frameworks to encourage ethical leadership and culture within the technology industry.

“I love biotech, and tech, and that will never change,” she recently said in a conversation with Ethical Systems. “However, I couldn’t live with the prospect that we would continuously be developing startup companies without learning from the mistakes of the past, and continuously produce more of the same scandalous behavior.” Cheung and Schultz recognized that for ethics to become entrenched in startups, they had to be part of the company’s core. Their main goal, she said, is to focus on what ethical infrastructure might look like for domains like hiring, product development, fundraising, and generating revenue to ensure that startups are equipped to make better decisions. External ethics committees could also help encourage governance over startups as they grow and develop. “The intention is to target entrepreneurs and tech workers at the early stages,” she said, “so we can mitigate risk and major scandals as these companies grow, and ultimately build startups that are sustainable and ideally benefit all stakeholders involved.”

Cheung’s determination to wield her first-hand experience at Theranos, where she witnessed a host of ethical lapses, came across clearly in our conversation.

Is Theranos emblematic of a cultural trend or an anomaly of unethical behavior?

My initial impression was that Theranos was some very bizarre one-off scandal. But as I started to review thousands of startups, I realized that there is quite a lot of unethical behavior in tech. The stories may not be quite as grandiose or large-scale as Theranos’, but it was really common to see companies lie to investors, mislead customers, and create abusive work environments. Many founders lacked an understanding of how their products could have negative impacts on society. The frustration of seeing the same mistakes happen over and over again made it clear that something needed to be done about this.

How has your experience at Theranos helped shape your understanding of the link between ethics and culture?

If the company had effective and ethically mature leadership, the company may not have used underdeveloped technology on patients without their consent. If the board was constructed in a way to properly challenge the product, perhaps it would have been developed. If employees weren’t scared and disillusioned, perhaps constructive conversations about novel solutions could have arisen. On rare occasions are these scandals a sort of random surprise or the result of an unexpected disaster. They are often an accumulation of poor ethical decisions. Having a culture where, at every stakeholder level, people can speak-up and be properly considered when they see something wrong is crucial. It makes the difference in building ethical organizations and preventing large disastrous events from happening.

You once referred to Theranos’ environment as the “Wild Wild West of Blood Diagnostics.” What did you mean?

When people imagine a medical laboratory, they usually think it’s orderly, meticulous, administrative, and that it generally seems like a pretty boring place. But when you walked into Normandy, the hidden laboratory at Theranos, it was far from this. Normandy was a mishmash of jerry-rigged machines to try and accommodate all the claims and changing priorities the company had. Many employees were constantly running around, working into the early morning hours just to keep the lab barely functional, because things were breaking all the time. The Theranos culture was that it was the company against the rest of the world, that everyone was out to get them.

There was also a mentality of being above the law. To get your license to process patient samples, you have to run a patient sample with a known value through a lab’s normal workflow, called proficiency testing. Internally, because no one fully trusted the Theranos tests, we ran it through the Theranos methods and also prior existing FDA lab testing methods. There was a huge disparity between the two results. Sunny Balwani, the COO of the company, wrote a belligerent email to everyone in the clinical lab about how regulators can’t even provide us with proper proficiency testing because we were a new technology. Why didn’t Theranos tell regulators that we developed a new blood test and needed to work with them to develop our proficiency testing procedure? This is one of many examples of how Theranos would often justify and rationalize why the rules and law didn’t apply to them.

Do you have a sense that entrepreneurship involves or entails unique ethical challenges?

Startups are fast-moving, resource-strapped and high-pressure environments where their main objective is typically survival. These conditions make it much easier for people to ignore their values, engage in borderline or illegal behavior, and ignore the sustainability of the organization for short-term gains. All businesses face ethical challenges, but the pressured environment can increase the chances of encountering these challenges more frequently. Tech entrepreneurs also have to grapple with the effects of unprecedented innovations. Until new technology is released into the public it’s hard to tell what will result—something good, or dystopian. Machine learning can, for example, be both used to help detect cancer more accurately and to create realistic avatars of people to make it even harder to distinguish what is real versus fake information. A big question is: How do we monitor and assess the risks of innovations as they develop and spread over time? I imagine this won’t always be easy to assess in all cases.

Tech entrepreneurs also have a grander scale of influence to worry about.

Yes. When tech entrepreneurs face ethical challenges, the impact this can have on people all over the world quite quickly puts them in a unique situation compared to leaders in many other industries.

Why is entrepreneurship something you want to focus on in particular?

Business ethics has been around for a long time, but this topic somehow failed to reach the entrepreneurial audience until recently. It seemed to take a series of scandals among the big tech companies for people to realize how important having a conversation about ethics was and still is. There is an increasing rate at which ecosystems around the world are pressuring its citizens to become the next Silicon Valley-inspired CEO, to build the next unicorn company. But they’re doing this without learning from the mistakes in the Valley. Tech entrepreneurship is rapidly intersecting with highly regulated industries—like healthcare, agriculture, and finance—that are intentionally slow-moving and rigid by design. If entrepreneurs go into these highly regulated industries with a lack of ethical awareness and preparedness, this could have devastating consequences for the lives of patients, entire food systems, and people’s livelihoods globally.

How would you describe your experience of building Ethics in Entrepreneurship so far?

It’s been a whirlwind. I honestly launched this with the expectation that it would be a small project. Launching a startup is hard, but I was surprised that launching a nonprofit is in certain regards even harder. Ethics is a loaded term for many people, and my anticipation was that there would be a lot of resistance. To our surprise, stakeholders at every level in the technology industry—from entrepreneurs, tech workers, investors, students, and professors—have shown a genuine interest in this topic and a desire to change their companies for the better. The question now is how we make these changes. How do we build tools and resources that effectively steer entrepreneurs in making ethical decisions? When scaling a company from 10 to 400 people, how do you mitigate your risk and prevent egregious activity? How do you build a social movement that can encourage a mass scale change towards ethical culture within tech?

John Carreyrou said that, in covering the Theranos story, he learned, among other things, that there’s certainly a lot of innovation in Silicon Valley, but there’s also an unbelievable amount of arrogance and pretending. Is it an aim of Ethics in Entrepreneurship to call that out and find ways to stem it?

Ethics in Entrepreneurship is aiming to aid in the maturity of the culture and mentality of current tech companies today and the companies that are going to be built. Ideally, we would work with these large values-oriented people to make integrity, transparency, and honesty the new normal not only in the Valley but other entrepreneurial ecosystems as well.

How are the resources at Ethical Systems informing your work for Ethics in Entrepreneurship?

Ethical Systems’ repository of research has guided how we approach bringing about ethical culture change to the technology sector. It has also given us a better awareness of what’s worked in other industry contexts. We’re excited to be working closely with Ethical Systems to launch several initiatives to encourage ethical culture across the technology sector and within entrepreneurial ecosystems. The awareness that developing ethical maturity amongst founders, as well as cultivating an ethical culture within organizations, is what’s needed before resources, training, frameworks and, in some cases, even laws to be effective. From leveraging the ethical culture assessment to connecting with numerous experts under the organization, Ethical Systems has been a key ally in helping our young organization develop and continue to strive to help the entrepreneurial community.

The passion that brought you to Theranos was to alleviate patient suffering. Amid the fear and anxiety you experienced after leaving the company, how did that passion also guide you in your decision-making when you weren’t sure what to do?

I wanted to provide quality care to patients and to make diagnostics more accessible. If I could change the reality of my initial hopes for working at Theranos, I would change them in a second. But once I figured out they were endangering patients, and what I needed to do about it to stop it from happening, it was almost strangely easy to continue with whistleblowing. A book that has really influenced me is Viktor Frankl’s Man’s Search for Meaning. It’s hard for me to explain how having this general purpose is important for guiding my personal decisions, but I think this quote sums it up fairly well. “Those who have a ‘why’ to live, can bear with almost any ‘how.’” I’ve seemed to internalize this notion quite strongly, even when I know I’m going to subject myself to extremely uncomfortable circumstances.