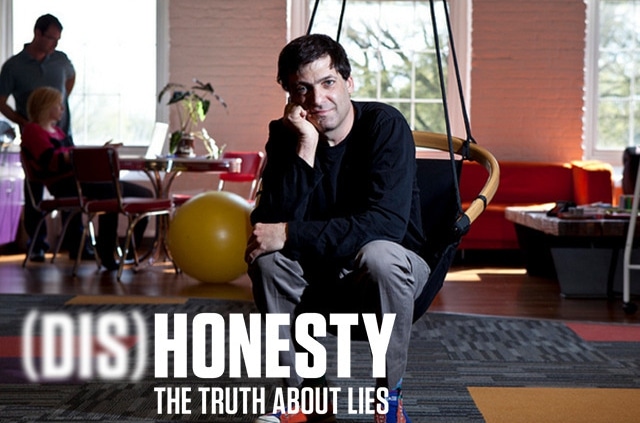 Yesterday, EthicalSystems.org collaborator Dan Ariely, came to New York to participate in the 11th annual Games for Change Festival. In addition to speaking at the festival, he brought along the Truth Box.

The Truth Box is a booth containing a single stool, a screen and keyboard, sound muffling curtains, and a camera, all for people to tell their stories of a time when they lied. It is a part of a project he has in the works with the Academy-Award-winning production company, SALTY Features. The documentary feature film will be titled “(Dis)Honesty – The Truth About Lies.” Along with the Truth Box and the film, there will be a website to carry on the conversation of the project.

Altogether, once all the funding is raised on Kickstarter, “this project hopes to encourage greater understanding for human flaws and suggest ways we can all improve our behavior to strengthen the society we live in.” The conceptual framework of the film is being built upon a systems approach that will bring in expertise from varying fields, providing cultural and historical context to the complex tapestry of dishonesty.

For more information on the project please follow the above links, and watch this short video: