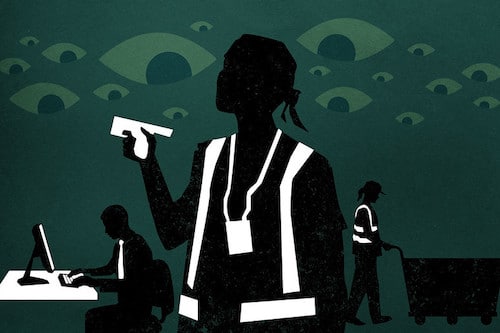 How can organizations actualize their employees’ ethical potential? It’s a question Carsten Tams has been tossing around recently. In his time helping companies with organizational design and cultural change, among other things, he’s come to believe that, in the right environment, people are quite capable, even eager, to conform with and uphold ethical norms. Behavioral science, specifically motivational science, offers valuable insights for how to harness employees’ best intentions. Research shows, for instance, that using coercive tactics to impose compliance can often be counterproductive—people become less motivated to act ethically. What sort of environment causes ethical behavior to flourish? One key ingredient, he says, is the support of people’s freedom.

Tams has gleaned this from a study of Self-Determination Theory, widely recognized as the leading theory of human motivation. It has been adopted successfully to promote self-regulation and performance across a wide range of life domains, from educational achievement, job performance, healthy lifestyle, and environmental behaviors. It breaks motivation into two kinds—autonomous and controlled. Autonomous motivation is, intuitively enough, self-determined. It involves doing things for their own sake, out of interest and enjoyment, or because we deem something personally important. Controlled motivation comes from without, and is accompanied by feelings of obligation or pressure to gain a reward or avoid punishment.

“Understanding this distinction is vital for developing effective ethics programs,” he wrote recently in Forbes. The difference between autonomous and controlled motivation goes to the heart of what distinguishes compliance from ethical behavior, by which he means refraining from harming others and actively upholding moral norms for their own sake. People are not only passive, receiving objects of social norms; they are active participants, he says. Not only are people governed by social norms, in other words, they also have the desire and the capacity to participate in shaping the norms that govern their lives.

I recently caught up with Tams, an Ethical Systems Advisor Board Member, to chat about the science of ethical motivation.

Why should ethics practitioners pay attention to the science of motivation?

Ethics management aims at influencing behavior. If we want to influence behavior effectively, we need to understand what moves people’s behavior. One of the most fascinating recent developments in behavioral science has been the emergence of a very compelling and empirically robust science of motivation. Unfortunately, the valuable discoveries in this field have yet to spill over into mainstream management practices, including the practice of ethics management. The risk is that we design programs based on outdated and inadequate assumptions about human motivation and behavior. With a basic understanding of motivational science, we can design more effective, more engaging programs.

The dominant assumption has been that employees can be motivated to behave ethically by carrots and sticks, rewards and punishments. This idea can draw on influential theories. It is reminiscent of psychologist B.F. Skinner’s theory of operant conditioning, according to which behavior is purely a function of its consequences. Based on Skinner’s model, the frequency of compliance can be positively reinforced through rewards. The frequency of non-compliance can be decreased through punishment. In criminology, deterrence theory describes a similar mechanism. It assumes that criminal behavior is a function of two factors: the severity of punishment and the likelihood of detection. This is consistent with the idea that human behavior is a function of a cost/benefit analysis. We may have become so used to this sort of view that it might sound intuitive, which is unfortunate. Extensive research has demonstrated that seeing motivation this way doesn’t work.

Behavioral economics research has shown that punishment can result in more, not less delinquency. One famous example is the so-called Child Care Study, by Uri Gneezy at the University of California and Aldo Rustichini at the University of Minnesota. The study was conducted in a group of day-care centers, where parents used to arrive late to pick up their children, forcing a teacher to stay beyond regular closing time. To reduce the frequency of late-coming, the childcare center introduced a monetary fine. The result was counterintuitive. The introduction of the fine lead not to a decrease but to an increase in the frequency of late-coming parents. This effect was replicated in many similar studies.

How did the fine increase behavior it was meant to punish?

One way to look at it is that incentives can seem to convert social norms into tradable commodities. Perhaps, before the fine, parents viewed arriving late as wrong in and of itself. Parents were thinking about the norm in social terms. They were concerned how coming late would affect their relationship with caregivers at the daycare center. After the fine was introduced, however, parents felt comfortable being late as long as they paid the price for it. Sticking a price tag on late-coming maybe transformed its meaning. Now, the parents thought about it in purely transactional terms. The fine was a guilt-free way to buy extra time.

Are you suggesting that workplace consequences for non-compliant or unethical behavior, and rewards for good behavior, shouldn’t exist?

No. Any system of laws and values needs consistent enforcement in order to sustain itself. When misconduct occurs, organizations need to respond with appropriate sanctions. What is problematic is employing the threat of punishment or the promise of rewards as the only motivational devices. The science is clear on this. Using carrots and sticks as contingencies crowds out intrinsic motivation for ethical behavior and replaces it with extrinsic motivation. Punishments and rewards might produce high levels of norm conformity, but only if the incentives are significant and compliance is tightly monitored. A company that goes too far down this rabbit hole will end up with a dystopian surveillance culture, with predictable consequences for employee morale and retention.

What is important to understand is that Self-Determination Theory distinguishes two types of motivation—controlled and autonomous—which produce very different results. High performance is associated with autonomous motivation. When people are autonomously motivated, they are more likely to initiate an activity and keep going when they encounter obstacles. When people’s motivation is controlled, they will only engage in an activity as long as they are being watched and an incentive is present. When the incentive is withdrawn, or they feel that no one is watching, they are likely to stop the activity.

It’s sort of a cliche that true morality is what you do when no one’s looking.

Exactly. Ethical behavior is quintessentially a question of autonomous ethical motivation. Kant called it “the moral law within.” It’s not compliant behavior, conforming with external requirements.

How can companies promote autonomous ethical motivation in their employees?

This is the crucial question. According to Self-Determination Theory, we are autonomously motivated to do things that help us satisfy three fundamental psychological needs. The first need is the need for autonomy, for self-determination. People have a deep yearning to be the captain of their soul, to borrow the words of William Ernest Henley. Whenever we feel pressured to do something, our intrinsic motivation suffers. This means companies cannot mandate ethical behavior. Instead, autonomous ethical motivation is activated through empowerment and support.

Competence is the second basic psychological need. We are motivated when we feel that our acquired experience and skills as ethical beings are valued. And when we are confident that we have the skills we need to be successful in our ethical agency.

Relatedness is third basic need. We feel motivated to do something when it helps satisfy our need to be a valued member of our community, and to be of value to others. If employees believe that acting ethically helps them satisfy their needs to be autonomous, competent, and related, they will be highly motivated to act ethically.

What does this mean for the work of an ethics manager?

How would we design training if it were our goal to promote autonomous ethical motivation?

We would approach people not as a potential delinquent but with positive regard, as a potential ally who can make a valuable contribution to upholding organizational values. That affirms the need for competence. We would also have training expand on participants’ capacity to act ethically. For example, by providing training on how they can effectively intervene and affirm their values in situations where they feel pressured to act unethically. This would bolster learners’ need to feel self-determined. Through interactive exercises, moreover, participants could surface and discover basic ethical commitments that they share with each other. This would strengthen the sense that employees relate to each other based on ethical values.

Is there any evidence that this approach—treating employees as governance allies rather than as risk factors—is more effective?

Yes. There is a growing body of research on training in the areas of sexual harassment and diversity that supports this view. A recently published study by Frank Dobbin at Harvard University and Alexandra Kalev at Tel Aviv University compared two types of sexual harassment training that correspond to the two types I have described. The first type of training approaches the learner as a potential offender and is centered around a forbidden-behavior curriculum. The second training type engages the learner as an ally in upholding organizational norms of diversity and non-harassment. It aims at providing learners with effective strategies for intervening against problematic behavior.

Dobbin and Kalev found that offender training produced negative outcomes. On average, it hardened gender stereotypes among male participants. After the training, men were less likely to report harassment and more likely to blame the victim. Intervention training, by contrast, lead to positive outcomes. When participants were treated as allies and practiced strategies for intervening against problematic behavior, their confidence in their ability to intervene effectively went up. And so did their intention to intervene as well as their actual intervention.

What’s the best way for an ethics manager interested in applying Self-Determination Theory in their work to get started?

It is quite easy. I would say, take a look at any employee-facing aspect of your program, your training, code of conduct, or your incident reporting website. Review the language and the visual design that is used. Does it affirm people’s need for autonomy, competence, and relatedness? Or might it come off as somewhat controlling, mistrusting, antagonistic? If so, change it, improve it. Self-Determination Theory provides a fairly simple framework that we can use to design more engaging and effective ethics programs.

The Problem with Hiring Algorithms
Scroll to top