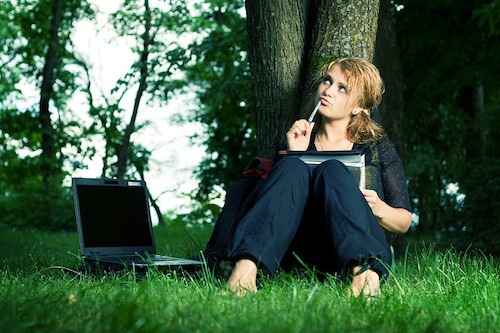 Early in Managing Business Ethics: Straight Talk About How to Do It Right, I had to wonder whether an anecdote the authors share was apocryphal. It comes in a section of the book’s seventh edition (published in 2017) called “Moving Beyond Cynicism.” It’s not that the authors, Linda Treviño and Katherine Nelson, both professors of business ethics, think cynicism about business is outlandish. “After multiple waves of business scandal, some cynicism (a general distrust) about business and its role in society is probably healthy,” they write. What Treviño and Nelson urge their readers to move beyond is the disconcerting, some might say depressing, levels of cynicism that can crop up (even among business students).

The apocryphal-sounding anecdote involves a professor “at a large university” who asked his class to instance management behaviors they would consider to be morally repugnant. “His class struggled to name one!” Treviño and Nelson write. Those students weren’t alone in lacking scruples. “In another of his classes, the professor asked if the students would dump carcinogens into a river.” They would. Because if they didn’t, the students said, someone else would, right? “When the professor asked if they really wanted to live in such a cynical environment, the class insisted that they already did.” This dismayed the professor, who was led to suspect that this cynicism among his students predated their start at business school. He and others believed, quite plausibly, that the cynicism’s source was the tendency in our society, “with its emphasis on money and material success,” to rear “young people who strive for achievement at any cost,” Treviño and Nelson write. “One symptom: cheating is pervasive in many high schools and colleges.”

Anyone who wants to confront that sort of culture, among students coming in to a business school, has to be bold, or at least feel like there is no other option. Both factors seem to have been in play for those who, over a decade ago, pushed for a culture of “honor and integrity” at the Pennsylvania State University Smeal School of Business, where Treviño, an Ethical Systems Collaborator, teaches. In a recent paper, she and Jennifer Eury, a professor of management and organization at Smeal, discuss how an array of stakeholders have helped evolve and sustain the business school’s ethical culture, what systems—formal and informal—constitute it, and why maintaining the norms is an ongoing challenge. Eury and Treviño believe that what Smeal has achieved, however imperfect, is worth exporting: “This program overview provides members of any business school community with a theory-based, but practical, roadmap for moving beyond finding a space in the academic curriculum to promote ethical behavior to developing and implementing a co-curricular honor and integrity program.”

In 2005, a cheating scandal among economics graduate students put the University of Virginia in the spotlight. The incident caused some members of the Smeal Business School to wonder what misdeeds on their own campus might be going unnoticed. Some of the faculty knew that research showed how graduate business students cheat more than graduate students in other fields, and that it matters how students perceive their peers to be behaving—if people have the impression that cheating is the norm, they may be more inclined to do it themselves, or at least be reluctant to report ethical violations when they see them.

This is an aspect of the Smeal Business School’s ethical culture that hasn’t been entirely eradicated. Smeal’s MBA students took the lead in creating the business school’s honor and integrity code, which reads: “We aspire to the highest ethical standards and will hold each other accountable to them. We will not engage in any action that is improper or that creates the appearance of impropriety in our academic lives, and we intend to hold to this standard in our future careers.” Yet Eury and Treviño note that it is still relatively common, for example, for students seeking to ditch class to ask classmates to “click in” for them, using an iClicker, a device that opens up interactive teaching opportunities alongside taking attendance. As showing up to class is, usually, a minor portion of a class grade, many students consider clicking in for someone a “small cheat” that students don’t typically call out, perhaps because it can be construed as prosocial, a way of helping others. Some students have even been known to say, “I’m not going to squeal for Smeal!” “Obviously,” Eury and Treviño write, “this mind-set is inconsistent with the school’s efforts to create a culture of integrity.”

Those efforts were, from the start, grounded in a multisystem ethical culture framework that Treviño developed in 1990 and updated, with Nelson, in Managing Business Ethics. The idea is that, the more components of a culture’s formal and informal systems are aligned, the higher the likelihood people immersed in that environment will behave ethically.

Take, on the formal side, executive leadership. Smeal created the position of Honor and Integrity Director to lead initiatives and handle marketing and communications. Admissions and hiring processes, part of the selection systems component, include questions about honor and integrity. The university values are clearly delineated, with the honor code included in all course syllabi, and staff and students make honor and integrity pledges. Concerning orientation and training programs, among other efforts related to fostering an ethical culture, several Fortune 500 companies have, Eury and Treviño write, hosted “Donuts & Dilemmas” discussion sessions, in which managers share ethical dilemmas that they have experienced in the workplace. The undergraduate and graduate communities have evolved, as part of their performance-management systems, distinct procedures for handling ethics violations. In developing its organizational authority structures, the business school has, among other things, created multiple conduct-reporting options, which is “especially important,” Eury and Treviño write, “in a university culture and business school community where ‘speaking up’ is not yet the norm.”

The informal aspects of an ethical culture are pretty intuitive. These include role models and heroes, norms, rituals, stories, and language. “The systems can be aligned to support ethical behavior (or unethical behavior),” Eury and Treviño write, “and the systems can be misaligned in a way that sends mixed messages, for instance, the organization’s code of conduct promotes one set of behaviors, but the organization’s norms encourage another set of behaviors.” Although Smeal hasn’t completely rid itself of unethical norms, it has fostered new ethical ones, like encouraging teachers to discuss the school’s honor code on the first day of class. Rituals can also serve as friendly reminders about the community’s values—during finals week, for example, the honor and integrity program organizes complimentary coffee breaks, and corporate sponsors support ethics case competitions. Eury and Treviño also write how one powerful story has taken hold at Smeal, about a time when the college’s MBA program, after it implemented the honor code, rejected nearly 50 applicants for plagiarism, and on the leadership integrity essay, no less. (Smeal was one of the first business schools to use plagiarism-detection software in its admissions program.)

Given the inherently high turnover rate at a school—and a diverse student population—it’s a constant challenge to get the community’s newcomers to aspire to meet Smeal’s honor and integrity standards. Since there’s no stopping students from graduating, Eury and Treviño stress the importance of having someone like Smeal’s honor and integrity director—someone who, at least part-time, focuses on fostering an ethical culture. “After the first leadership integrity director stepped down from her role, the college did not fill her position for a few years in part because of a coming change in deans,” Eury and Treviño write. The new Dean eventually hired an honor and integrity director who served in her role for 3-and-a-half years, but, after she accepted a new role in the college, the business school took close to 8 months to fill the role again. “In between each of these leadership changes, the community continued to change and grow, and without someone constantly ‘tending to the ethical culture garden,’ as we like to say, the ‘weeds’ will begin to grow,” Eury and Treviño write. Having an honor and integrity director makes an “important symbolic statement about the college’s commitment to tending the culture but it also makes a more substantive contribution to doing so.”

How do you get an ethical culture program off the ground? Eury and Treviño say start small, or do what you can with what you have. “First, and foremost, the Dean must value creating and sustaining a culture of honor and integrity and communicate its importance and the role it has in the college, to all stakeholder groups (e.g., new students at orientation, faculty and staff at town-hall meetings, alumni and donors at special events),” they write. A monthly or quarterly newsletter from the Dean, sharing a story that illustrates the culture’s values in action, can be an effective community signal. But, “as committed as a Dean might be, because Deans are busy, we believe it is essential,” Eury and Treviño write, “that it be someone else’s job to be thinking about the culture of honor and integrity every day.” One hopes that, for everyone else immersed in the ethical culture, honor and integrity would become something like second nature.