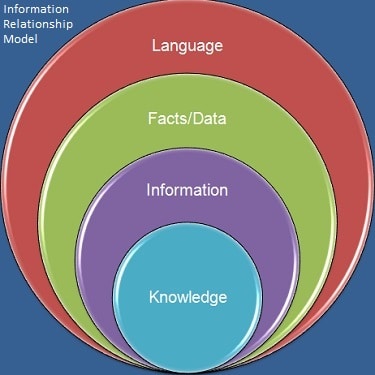 Image via Wikimedia Commons. Academic research necessarily focuses
on the outer rings. Our goal is to condense much of that into the middle.

“Some of the smartest thinkers on problems at home and around the world are university professors, but most of them just don’t matter in today’s great debates.” So began Nicholas Kristof’s column in the Sunday New York Times. These words touched off a minor firestorm among professors, who flocked to Twitter under the banner of #EngagedAcademics. Just today Joshua Rothman of the New Yorker released a very thoughtful post in answer to the question “Why is academic writing so academic?“:

Academic writing has a more ambiguous mission [than that of ordinary writing]. It’s supposed to be dry but also clever; faceless but also persuasive; clear but also completist. Its deepest ambiguity has to do with audience. Academic prose is, ideally, impersonal, written by one disinterested mind for other equally disinterested minds. But, because it’s intended for a very small audience of hyper-knowledgable, mutually acquainted specialists, it’s actually among the most personal writing there is. If journalists sound friendly, that’s because they’re writing for strangers. With academics, it’s the reverse.

This is a keen insight. Academia is united by the desire to create knowledge, hence academic research is a form of creative expression: asking and answering questions believed to be important. Because the primary audience is a small group of familiar practitioners, precision and accuracy rank equally with intelligibility and much higher than brevity. While the importance of questions asked and the relevance of conclusions drawn are also means of evaluation, the art is understood to progress by degrees, with many individual discoveries eventually merging into a complete synthesis. This process leads to a vast accumulation of reports and statistics that few people have the time or inclination to interpret, even if it might be applicable to their lives.

The professors and practitioners working in collaboration at Ethical Systems recognize the challenges of translating academic research for use in personal and professional life. To be sure, one of our aims is to shape the way educators and MBA students think about business ethics. But we also firmly believe that the results of systems design research should be in the hands of employees, managers, compliance officers, and leaders: wherever it can have the most impact. That is why our Research pages lead with “Ideas to Apply” and are written to be accessible to the general public.

Many of our contributors are public intellectuals, a class whose diminishment worries Kristof. However, our goal is the publication not of intellect, which is individual, but of knowledge, which is communal. We are not after seats in “today’s great debates.” We want to shift the debate. Our hope is that by educating those concerned with (and directly involved in) the climate of business ethics, we can refine their concerns, suggest possible solutions, and ultimately change that climate for the better.