“The U.S. Justice Department announced on Wednesday a record-breaking asset forfeiture action, moving to seize more than $550 million of allegedly corrupt proceeds from the late Nigerian dictator Sani Abacha and his associates. Calling Mr. Abacha “one of the most notorious kleptocrats in memory,” prosecutors said they had already frozen more than $458 million around the world, and sought to recover at least $100 million more.” Corruption is a major impediment to good business practices, including ethics. While we are encouraged to see the Justice Department taking a pivotal role in anti-corruption enforcement with regard to political officials, it may be even more important for companies to take a hard stance and evince a business culture that does not tolerate corrupt dealings. To learn more, please see our page on Corruption.

Why Ethics is often Grey and not White: Business Ethics Challenges in a Global World, in The World Financial Review

David De Cremer, Professor of Organizational Behavior at China Europe International Business School, writes on the difficulties of making responsible leadership a part of contemporary corporate culture, and he argues that as a collective we need to work on the management of responsibility in business. Human biases make it easy for us to point figures at others while rationalizing our own collective behavior. Moreover, an overabundance of controls in an organization can lead managers and employees to lose sight of the reasons behind those controls. The key to preventing ethical crashes is establishing a culture wherein individuals perceive the ethical implications of their decisions and are able to develop an appropriate moral compass.

I Was a Corporate Spy Who Learned Tough Lessons About Business Ethics, in The Business Journals

Author Jim Nortz describes his experience working on a due diligence team for a multinational corporation considering the acquisition of another company’s chemical manufacturing facility. The companies had agreed it was premature to disclose talks to either plant employees or shareholders–so when Nortz and his team finally visited the plant, they followed instructions to lie about their identity. This is an instructive tale about the limits of legitimate corporate “espionage” and the perils that can be presented by conflicts of interest. The clear lesson is that even when confidentiality is at stake, pains must be taken to avoid outright dishonesty.

The Ongoing Ethics Struggle of Banks, in Reuters

Edward Hadas describes how Swiss bankers, though presumably capable of moral reasoning, “chose to smother the voice of their consciences” and became complicit in their clients’ tax evasion. The Swiss Bank Employees Association has finally admitted to this uncomfortable truth, paving the way for further reconciliation and reform in the financial world.

Diversity and Ethics, Keys to Corporate Success: Interview with Global CEO Skanska, in The Huffington Post

Global CEO Johan Karlstrom speaks about how Skanska conveys a message of good business ethics and maintains high ethical standards across all levels of the company. Its methods include employee training and testing, ethics hotlines in every country in which Skanska operates (e.g., for use by potential whistle-blowers), and discussions of ethical dilemmas during ordinary meetings at all levels of management. This is an example of how ethically oriented leadership can form a strongly aligned ethical culture from the top down.

Ethical & Smart, in The Business Standard

“Ranbaxy’s recent run-in with the US Food and Drug Administration has invited renewed questions about the governance, compliance and ethics practices of a section of firms in India and indeed across global economies.” Interviewing many business leaders for an article that touches on corporate governance, C&E, fairness and more, the author explores the challenges that prevent companies from embracing and sustaining a culture of ethics–and how to meet them. 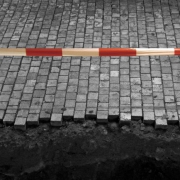 Too close to the line: a convergence of culture, law and behavioral ethics