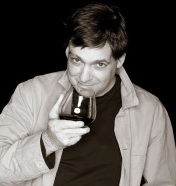 Interview with Dan Ariely, the James B. Duke Professor of Psychology & Behavioral Economics at Duke University and columnist for The Wall Street Journal (condensed from audio) I study human irrationality in general.

I am interested in thinking about how people make mistakes, what kind of mistakes people do, why people make mistakes and how to fix them. These days I am working in several main areas: some research on the psychology of money- to think about why we overspend and under save and what we can do about it. I am also working a little bit on health, i.e. why don’t we take care of ourselves, why we overeat and don’t take our medicine on time, why we procrastinate, and of course, dishonesty, or why people get themselves into trouble. To some degree, this is not very different from the influences of money and procrastination- what is called intertemporal choice– choices between now and later, they are all linked. Explore Dan Ariely’s research page on cheating and dishonesty >>

Why are cheating and dishonesty so widespread?

They are part of human nature. We have this incredible balance between honesty and dishonesty. We are taught from a young age to be dishonest in the social realm. We are taught not to tell people that they smell, or that it was the train that made us late instead of us being lazy, if people have a new haircut we say that it is very nice. We learn in the social realm that cheating is in fact desirable to some degree and then we move to the business / professional realm.

Now the rules are different. Now dishonesty is not as good. We don’t separate those. Modern society creates a situation where the overlap between our social and professional lives are very high. All of a sudden, the people you interact with socially are the same as you interact with non socially, i.e. in your professional life. These tradeoffs become complex.

It is also important to realize that dishonesty is also about short term vs. long term. Saying something dishonest is a good solution in the short term but not necessarily in the long term, but we don’t make this trade off correctly. For example, you say “I love your work” or “Your presentation as great,” but then you get stuck with listening to, or having to fix, more of it. Much like other activities we over focus on the short term.

In terms of why these characteristics are so widespread, there is also something else to realize: Being removed from the other person, or from the act of dishonesty, helps us to a large degree to be more dishonest and still think of ourselves as honest people. Because we are becoming an electronic society, it is easier and easier to not behave well and still think of ourselves as good people.

How does your work on cheating and dishonesty help companies that want to improve themselves as ethical systems?

I think that the first thing we find is that it is not about bad people, it is about bad incentive structures.

When something bad happens, it is easy to point the finger and say “These are just bad people and if we didn’t hire them it would be ok.” But we find that companies have bad structures and if you put people in these bad structures, something bad will happen in the end. It is just a matter of time, not who you hire. Companies don’t always see it this way and because of this, they set themselves up for failure. Companies need to:

There was a piece of research that went as follows:

I own a vending machine and set one up so it said .75 as a cost for the candy but it was set up as $0 on the inside. When people put in their money, it would give them the candy and their money back. I had a big sign that gave my cell phone to report any issues. The first question is how many people would call. The answer was zero. The next question was, how many candies did people take? What happened is that the majority took three to four. Taking five would be stealing; but they could rationalize three to four.

They probably said to themselves there were other vending machines who took their money and they were close relatives of this machine and so they are evening up their vending karma in a positive way. It tells you something about our ability to justify. We are happy to justify a little bit of stealing. We are happy to justify our motivations to see reality in a way that is good for us- but we cannot do too much of it; we cannot do five candies but we can do three to four.

Tell us about one of your current or future projects (perhaps something on an upcoming book?)

We have a new movie, Dishonesty: The Truth About Lies, coming out April 9 at the Full Frame Documentary Film Festival, which will also be screened April 24 at the Hot Docs International Film Festival in Toronto, Canada and May 22 in New York at the IFC Center.

The film examines both research in the lab about small acts of dishonesty and we talk with a substantial number of people who have committed large crimes. We try to match the relationship between what we can study in the lab and small scale, and what happens in large scale cases of dishonesty. The result is quite fascinating.

I first became interested in irrationality when I was in the hospital and I was trying to understand why the nurses were so insistent on ripping off my bandages when it caused me so much pain. And I got interested in dishonesty through my research. When Enron collapsed in the field, it showed that the topic was very important. I could see how everyone was quick to jump and blame a few people and in fact, I thought the problem was very different in nature and therefore the solution would be different in nature. It was a combination of an interest in the topic and the world told me it was an indeed an important topic and I thought I was very important in a practical way.

It would be to think very carefully about rules of conduct. When we create rules of conduct, we have a desire to set things up in a very general way and general things have all kind of advantages. What if we said “Always do the best for your customers and clients,”- it is very easy to say it but it does not create a tremendous amount of benefits because it is too general, too fuzzy. So people behave badly within those frameworks. Instead, what companies need to do is give specific rules as to what is good and bad behavior.

Featured Collaborator of the Month: Francesca Gino
A Tangled Web: The Consequences of Dishonesty