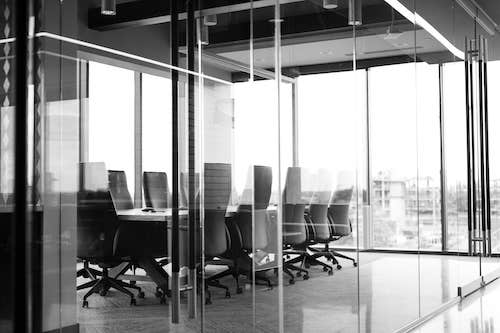 Former U.S. Vice President Joe Biden elicited some playful teasing when, early in his presidential campaign, he rather quirkily took to quoting Immanuel Kant, the renowned German philosopher. In various venues, he’d paraphrase what Kant, in one formulation, called his “categorical imperative”—to treat people as ends in themselves, never as a means. On the talk show The View, for instance, Biden said, “We have to restore dignity to work. We have to restore dignity to the way we treat people…We treat them like they’re a means to an end.” Andrew Yang, another candidate, has hit the same note in a different way, touting a “Freedom Dividend,” his plan for universal basic income, as a needed turn toward “human-centered capitalism.” One of his several mottos—“Humanity First”—is also unmistakably Kantian.

In a 2000 paper, Luigi Zingales, a professor at the University of Chicago Booth School of Business, sketched the corporate-finance version of this principle. Firms—or companies or corporations—should be human-capital centered. “Human capital is emerging as the most crucial asset,” he wrote. “Employees are not merely automata in charge of operating valuable assets but valuable assets themselves…” Recent evidence suggests Zingales was right to regard workers with something like intrinsic value. George Daskalakis, a lecturer in finance at Norwich Business School, found, in a 2018 paper, that corporate performance—in terms of return on assets—benefits from a Zingales approach. “Employees should not be considered expendable commodities, as is the case in the traditional view,” he and his colleagues wrote, “but rather key organizational assets who can contribute significantly to firm value through innovation and customer relationships.” In other words, companies should treat employees as ends in themselves.

The researchers analyzed data from Glassdoor, a website where current and former employees can anonymously review their workplaces, Yelp-style. After Daskalakis and his colleagues looked at reviews of public firms, and their financial performance, from 2009 to 2016, they found a “statistically significant positive association between average employee satisfaction rating and corporate performance.” Job satisfaction turns out to be a good predictor of profits. What’s more, their findings bolster the case of “those arguing that due to the failure of standard accounting measures to capture investments in intangibles, non-financial indicators, such as employee satisfaction, are of key importance for security valuation.” It’s only pragmatic, then, for investors considering which companies to support to pay attention to how workers are feeling about their jobs.

It doesn’t work the other way: High job satisfaction among employees predicts good corporate performance, but not vice versa—at least for tourism and hospitality firms. That’s according to a 2018 study in which Panagiotis Stamolampros, a lecturer at Leeds University Business School, along with colleagues, analyzed Glassdoor data from almost 300,000 employees pertaining to nearly 12,000 tourism and hospitality firms in the United States. “We do not find evidence supporting the reverse relationship, that growth on firm profitability increases job satisfaction.” In their study, a one star increase in the overall rating of a company was linked to an increase of return on assets between 1.2 and 1.4 percent. “Our results,” Stamolampros said, “show that satisfied employees cite work environment, culture, leadership, and career opportunities as key things their companies offer.” This goes beyond the U.S. In another 2018 study, Daskalakis and Stamolampros found the same link, based on Glassdoor data, between high job satisfaction and corporate profits in the United Kingdom. “The human-centered view of the firm,” they wrote, “is the appropriate one not only in the U.S, but also in the U.K.”

And perhaps in Brazil. In a new working paper, Alexandre Di Miceli, of the Alvares Penteado School of Business, analyzed Glassdoor data, from 2014 to 2018, from over 100,000 employees working for 1,000 of Brazil’s largest firms. Using Ethical Systems’ own “Two-Factor Model of Ethical Culture,” which identifies five “disqualifiers” or ethical dimensions companies need to avert for an ethical culture to flourish, Di Miceli found that companies scoring higher in unethical culture are, on average, less profitable. Companies with lower unethical scores exhibit an average return on equity of 14.2 percent, “about twice as much as those belonging to the quartile with higher unethical scores,” he told me. His findings reinforce the idea that boards and senior management teams “should regularly measure the ethical culture of their organizations in an objective way.”

What’s neat about Glassdoor data is that, with algorithms that can process natural language, researchers can, with guidance from human experts, identify a set of cultural values—and how companies reviewed on the site compare against one another. That’s precisely what MIT Sloan Management Review has done. Partnering with Glassdoor and CultureX, a group that aims to improve culture using evidence-based interventions, they’ve created an online tool that ranks 500 companies, across 33 industries, according to how well they perform on key cultural traits—nine in particular. (Researchers have identified more than 60 but, for ease of use, the online tool features the top nine—agility, collaboration, customer, diversity, execution, innovation, integrity, performance, and respect.) For agility, Nvidia is first, SpaceX second, Uber third. Nvidia ranks third in integrity—defined as consistent honest and ethical behavior—beat by Rockwell Automation and Texas Instruments.

It’s a fun gadget to flick through, particularly when it plainly confirms unflattering truths. A report on the tool highlights the case of Amazon, which performs really well on innovation and awfully on respect, defined as encompassing the consideration and courtesy employees show each other, and the dignity with which they treat each other. (“Amazon employees were much less enthusiastic about how well the company respects its workers.”) None of the big-name tech companies, as it happens, score in the top five on respect—Nokia comes in at number six. These rankings are only as good as Glassdoor data, and there’s a reason to be skeptical. The Wall Street Journal, for example, recently did its own analysis and found that companies can toy with their ratings. The paper “identified more than 400 companies with unusually large single-month increases in reviews.” Which is why the creators of the online tool left out suspiciously positive months, when glowing reviews spiked—46 of them in total. No doubt, though, that as Glassdoor garners more clout, companies will continue to try to game their ratings on the site. Glassdoor, and researchers interested in using its data, will have to remain vigilant.

It’s possible to be a profitable company without a great company culture, at least for a time. In the long run, though, a culture that’s mediocre or worse makes a company less competitive. The most talented people, in a world where sites like Glassdoor can show what workplaces are like, won’t settle. They’ll go elsewhere, to places where they and their coworkers aren’t treated like commodities. And that’s not all. Companies that slack off on culture are at risk of becoming ethically, and thereby financially—due to the costs of scandals—compromised. That’s because running an ethical company is less about having good or bad people and more about effectively designing contexts in which good behavior can flourish.

Lead image is courtesy of Drew Beamer via Unsplash.