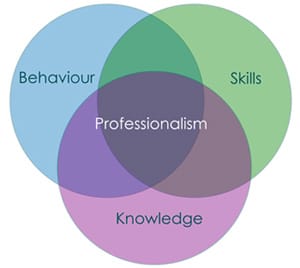 What does professionalism mean to you? Often, people who identify as a professional think of themselves not only as knowledgeable in their discipline, but also rational, objective and serving a higher purpose (e.g., the client’s needs). These are laudable goals, but new research shows that these characteristics could actually lead to people making self-interested, and ultimately unethical or damaging, decisions.

In a paper on Professionalism and Moral Behavior, Maryam Kouchaki of the Kellogg School of Management at Northwestern University, tests the hypothesis that an emphasis on one’s professional identity has a greater likelihood of an individual engaging in unethical behavior. This is an important inquiry in light of ethical failures in companies where lawyers and accountants often act as “gatekeepers” on ethics and compliance issues vis a vis corporate practices. Based on evidence from her lab studies and employee surveys, Kouchaki concludes that priming professionalism may actually lead to increased misbehavior.

One way to understand this eye opening result is in the training many professionals receive.  As Kouchaki’s paper discusses, they are taught to  be impersonal and detached from their work. Medical education, for example, emphasizes the technical skills of practice, rather than bedside manor. Similarly, in law schools, students are trained to limit their reasoning to the legal issues of a matter, thereby divorcing their work from the moral aspects of their advocacy. Moral neutrality, it seems, has consequences. Another psychological mechanism that could allow this type of unethical decision-making is called “moral licensing”, a thought process whereby prior good behavior (helping an old lady cross the street) could allow an individual to later feel comfortable with making a less pro-social decision (“I don’t have to give to charity, I help old ladies cross the street”).

This work has important implications for considering conflicts of interest. As research has shown, the problem with conflicts of interest is often unintentional bias, rather than overt decisions.  One can imagine that bias is particularly acute in the case of an individual who so strongly identifies with their identity as a “professional” that they are willing to put themselves in situations where they are confident they can manage their conflicts. Moreover, people have been shown to be a poor judge of their own ethical shortcomings, thus blind to their potential moral failures. Moral licensing for a professional in such a scenario could manifest as “I’m a professional, I would never make a decision that isn’t in the best interest of my client.”

The next time you find yourself in a situation where you are relying on someone’s professional judgment, you may recall this research and think twice about taking advice. This isn’t to say that all professionals are likely to be unethical, but rather that reminding someone of their professional duties may paradoxically prime them to separate moral considerations from a more limited perspective on their duties as a “professional.”  For corporate executives, it could be helpful to remember this concept when relying on the judgment of your lawyers and accountants — do they have the big picture and long-term view in mind? No matter how professional we view ourselves, ethical lapses can occur despite our best intentions and attitudes. 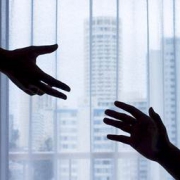 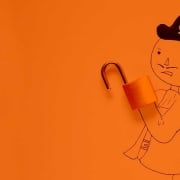