Image: Chester Higgins, via Wikimedia Commons. Negative externalities such as
pollution can be controlled, but only if all stakeholders are working together
instead of at cross purposes.

Auditors are usually hired and paid by the firms they audit. If you think there is something fishy about that, you are not alone. Many financial scandals, including Enron and the subprime mortgage crisis, were arguably attributable in part to the failures of auditors whose truthfulness was compromised by a conflict of interest. A recent working paper from the National Bureau of Economic Research demonstrates how to mitigate this pernicious misalignment of incentives, drawing on the results of a two-year field experiment in the Indian state of Gujarat. The researchers focused on the regulation of air and water pollution by industrial plants, which are required by the Gujarat Pollution Control Board to hire and pay auditors to check pollution levels and submit an annual report of their findings.

The firms in the control group continued with business as usual, choosing and paying auditors on their own. However, a randomly selected experimental group followed a different set of rules: (1) their auditors were paid a fixed fee from a central pool of money, (2) a subset of the audits had its findings reexamined, and (3) auditors received payments for accurate reports, as determined by the reexaminations. One of the authors of the study, Michael Greenstone, reviewed the highlights of the experiment in the New York Times:

The results are striking. While many of the plants violated the pollution standards, few of the auditors in the control group reported these violations. In the case of particulate matter, an especially harmful air pollutant, auditors reported that only 7 percent of industrial plants violated the pollution standard. In reality, 59 percent of plants exceeded it.

The rules changes caused the auditors to report more truthfully. In the restructured market, auditors were 80 percent less likely to falsely report a pollution reading as in compliance, and their reported pollution readings were 50 to 70 percent higher than when they were working in the status quo system. This difference was as large even when comparing reports of auditors working simultaneously under the two systems.

Finally, and most important, the plants that were required to use the new auditing system significantly reduced their emissions of air and water pollution, relative to the plants operating in the status quo system. Presumably, this was because the plants’ operators understood that the regulators were receiving more accurate information and would follow up on it.

This is the power of ethical systems design in action. The average auditor probably cares about pollution (and negative externalities more generally) as much as anyone else. But the status quo is set up in such a way as to invite collusion between watchdogs and wolves, in the interest of generating and maintaining profitable business relationships. Even if auditors have the best of intentions, the human capacity for self-deception is more than enough to convince them that they are producing quality work, even as biases inherent to the system lead them astray.

The key takeaway from the experiment is that both the auditors and the audited improved their behavior in response to the realignment of incentives. The new system replaced a conflict of interests with a confluence of interests; businesses, auditors, and regulators were all working toward the same purpose. If a similar system could be implemented in the U.S. finance sector, financial scandals could become–if not a thing of the past–at least that much easier to identify before they wreak havoc on large swaths of the economy.

For more information, please see our pages on conflicts of interest and corruption. 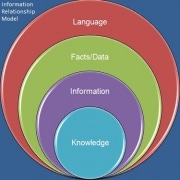 Week That Was in Ethical Systems, 5/5/14-5/11/14
Finance Tackling Ethical Conduct, But Issues Remain

What an ethical culture is and isn’t
Scroll to top