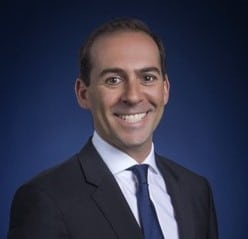 Your boss is demanding more from you, the company went through another round of layoffs. With fewer colleagues your professional plate is overflowing.

Solutions? Take those vacation days you’ve been forever banking, hunker down and suffer through it. Find a new job.

Before you resign consider learning something new, according to new research by David Mayer, a professor at the University of Michigan’s Stephen M. Ross School of Business and Ethical Systems’ collaborator.

People can tackle workplace stress by adopting a new skill or taking on a new task that will help expand their skills and knowledge base, Mayer and his co-researchers and authors Chen Zheng (Tsinghua University) and Christopher G. Myers (Johns Hopkins University) suggest in two studies. Mayer, Zheng and Myers highlight their work in an article “To Cope with Stress, try something new,” featured in the latest issue of the Harvard Business Review.

“Learning brings us new information and knowledge that can be useful for solving near-term stressful problems,” the scholars write. “It also equips us with new skills and capabilities to address or even prevent future stressors.”

Mayer, Zhang and Myers surveyed 300 U.S. employees from various organizations and industries regarding their job stressors and behavior at work. Recognizing that past research showed employees tend more to delve into unethical behavior (forging time cards, or being rude to colleagues) when under stress, the scholars focused on how learning something new or relaxing at work impacted workers.

Mayer said the collaboration with co-author Zhang brought together shared interests; Zhang is keen on the daily work experience and how employees handle things like stress, while he is interested in examining ethical and unethical issues in the workplace.

He emphasized that existing research shows that stress can lead to unethical behavior. “We wanted to think about what could a person do to weaken that link?”

Mayer said one of the biggest surprises to surface from the study was learning that people were “less likely to fall victim to things that don’t fall in line with their core values” when they learned something new at work.

He continued: “It’s like when you exercise and you don’t really want to, but after you exercise you feel more energized.”

The topic is timely as Americans continue to outrank much of the world when it comes to working longer hours with fewer vacation days; According to the Bureau of Labor Statistics, 76 percent of private industry workers (who make up 84.7 percent of all workers) receive paid vacation days. The majority of them receive 10 days of paid vacation after a year of employment.

Most people tackle stress at work with fight or flight, and respond by either powering through the challenge presented, retreating literally into the nap rooms that companies provide, or attempting to recharge with a marathon vacation.

Neither way is the best, Mayer argues. The best way is “focusing on learning,” Mayer.

Other key findings in the first study include:

Trying to solve an ethical dilemma? Start with changing your mindset
Scroll to top