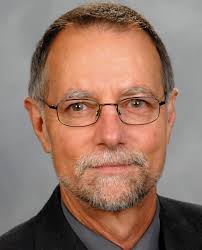 My focus on rivalry springs from the fact that humans evolved under extremely competitive conditions in which local rank was often the best predictor of who would survive and prosper. When there wasn’t enough food to go around, for example, the lowest-ranked individuals were most likely to starve, and in early polygynous societies, high-ranking males were most likely to claim multiple wives.

So rivalry—competition for relative position—has always been a central feature of human interaction. This strand of my work has explored the consequences of concerns about relative position for a range of important outcomes, including the kinds of things we buy, the kinds of jobs we prefer, the behaviors we choose to regulate, and the tax systems we adopt.

Not all interactions, however, are zero sum. Because of widespread economies of scale, individuals who can cooperate successfully with one another often compete successfully against others who lack that capacity. But successful cooperation often requires trust, which can be hard to maintain under intense competition. Much of my research has focused on how genuinely trustworthy individuals or organizations manage to survive under extremely competitive conditions. This strand of my work has focused on how it is possible to predict whether someone will behave honestly even when cheating is impossible to detect.

Traditional economic models ignore concerns about position and assume that people are self-interested in the narrowest sense. These assumptions seriously compromise the ability of traditional models to make sense of the behavioral patterns we observe. Certain aspects of rivalry, for example make unregulated markets far less efficient than economists commonly presume, whereas our capacity to cooperate under competitive conditions often revises traditional conclusions in the opposite direction.

We teach our children that cheating and being dishonest is wrong but we use these tactics to advance ourselves and organizations. How can we reconcile this?

There are of course many examples of people who behave exactly as described. Yet many others teach their children that cheating is wrong and also refrain from cheating themselves, even when the probability of detection is extremely low. Since evolution presumably favored individuals with higher material payoffs, the interesting question is, how did genuinely honest people—those who value doing the right thing for its own sake—manage to survive in competition with others who reaped material gains by merely pretending to be honest?

A possible answer is suggested by this simple thought experiment:

You have returned from a crowded concert to discover that you have lost an envelope containing $10,000 in cash from your coat pocket.  (You had just sold your car late that afternoon and had planned to deposit the money the next morning.)  Your name and address were written on the front of the envelope. Can you think of anyone, not related to you by blood or marriage, who you feel certain would return your cash if he or she found it?

Most people say they can, usually adding that they have in mind a longtime friend. Since there would be no way to know if the friend had kept cash found under such circumstances, they implicitly recognize that their prediction isn’t based on directly relevant behavioral evidence. Rather, they seem to feel that it’s possible to know people well enough to make informed character judgments about them. If that’s right, it suggests how an honest person might proper despite passing up opportunities to cheat when no one’s looking. Such a person is extremely valuable in positions that require trust. Few executives would appoint a someone to such a position if they thought that person would fail to return the envelope in question.

How does your work on one-shot dilemmas help companies that want to improve themselves as ethical systems?

There are two essential ingredients for building an organization that functions at a high ethical level: hiring the right people and having the right kinds of institutional incentives. The tone of any organization is set at the top. If an organization’s head is committed to high ethical standards, it will be easier for her or him to hire like-minded subordinates, who in turn can recruit assistants who are similarly committed, and so on.

But sustaining genuinely honest behavior also requires effective monitoring and sanctions. International differences in tax compliance are a case in point. Most Americans would pay the taxes they owe in full, even if they saw little chance they’d be caught and punished for tax evasion. But let the probability of detection and punishment fall sufficiently low and tax compliance would inevitably unravel. Tax enforcement is sufficiently lax in some countries, for instance, that it has become common knowledge that evaders face essentially no chance of punishment.

Once people see others flouting the rules without consequence, they feel like chumps if they continue to comply. So even when most instances of compliance must be purely voluntary, high standards of conduct are likely to unravel without an effective framework for sanctioning violators.

If you could highlight only one paper or research finding (or piece of work that you’ve been involved with) that relates to Ethical Systems, which one would it be and why?

I’d steer readers to my collection of essays, What Price the Moral High Ground? (Princeton University Press, 2004). For those on a tighter time budget, I’d suggest the title essay from that collection, which explores the relationship between a firm’s perceived social responsibility and its ability to recruit and retain highly qualified workers. Most people would prefer to leave the office each day being able to say to themselves that they’d done something valuable for society, or at least that they’d caused no harm. Firms that can credibly offer this amenity to their employees, it turns out, enjoy an incredibly powerful recruiting advantage. It’s probably the most important way that socially responsible firms manage to overcome what would often be serious cost disadvantages.

My next book, Success and Luck: Good Fortune and the Myth of Meritocracy, will be published by Princeton University Press in April, 2016. It tackles a question that reliably divides conservatives from liberals: How important is luck? As conservatives correctly observe, people who amass great fortunes are almost always talented and hardworking. But liberals are also correct to note that countless others have those same qualities yet never earn much. In recent years, social scientists have discovered that chance events play a much larger role in important life outcomes than most people once imagined. In Success and Luck, I explore the interesting and sometimes unexpected implications of those findings for how best to think about the role of luck in life.

Fresh out of college, as a Peace Corps volunteer in small village in Nepal, I decided that I wanted to do graduate work in development economics. When I enrolled in Berkeley’s PhD program, however, I discovered that they really didn’t have any good people working in that area. I was lucky, though, in that Berkeley had lots of interesting economists working in other areas.

Spend at least as much effort thinking about the character of prospective employees as about how talented they are.

When you’re looking for a job, remember that there’s generally a tradeoff between salary and other desirable working conditions. Be alert to the possibility that if a salary offer seems unexpectedly high, that may be because the employer wants you to perform tasks that most people would feel uncomfortable about. In short, remember that you’re shopping not for the highest possible salary but rather for the combination of salary and other conditions that you feel will best enable you to thrive.

“The Theory that Self-Interest Is the Sole Motivator Is Self-Fulfilling,” New York Times, February 17, 2005. 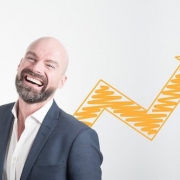 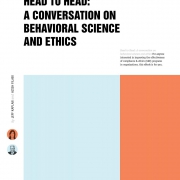 Sharing: The Five Levels of Building an Ethical Culture 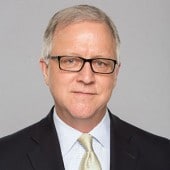 Feeling All The Feels: The value of emotional culture at work
Scroll to top