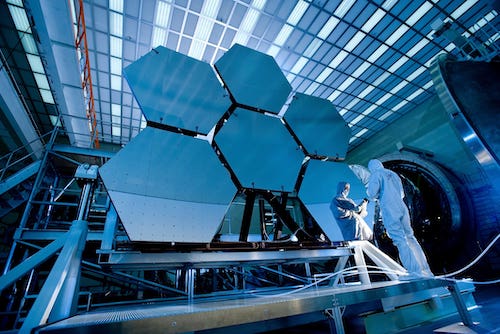 Last month, Tim van der Zee, a Ph.D. student at the University of Leiden who studies ways to improve open online education, got a bit snarky. He didn’t take well to a recent news article from Science magazine about how meditation can help Ph.D. students handle their outsized rates of anxiety and depression. “A recent study suggests that mindfulness interventions—a form of exercise for the brain—may help,” the publication tweeted, linking to the article. Van der Zee’s reply garnered hundreds of retweets and over a thousand likes: “Ah yes,” he said, “the correct response to the widespread problem of mental health problems in phd students is not to tackle it systematically but to… *checks notes*… make it their personal responsibility, [and] increase their workload with daily exercises…”

Van der Zee has a point: Systems-level changes fostering an ethical, healthy culture can often be more effective than relying on individual-level interventions—an insight that’s applicable beyond the workplace of science labs. The psychological impact of an ill-designed work culture on scientists’ health and behavior illustrates the importance of ethical systems design, particularly the role contextual influences can play. “The negative effects of extremely competitive academic and research environments on the performance and health of researchers are well known and common worldwide,” biologist Fernando T. Maestre wrote in a research-backed editorial published this month in PLOS Computational Biology. “The prevalence of these effects, particularly among early career researchers, calls for a more humane and people-centered way of working within research labs.”

Which is why Maestre, who leads the Dryland Ecology and Global Change Lab at King Juan Carlos University, in Spain, wanted to offer some management advice. He knows that leaders can do a lot to shape workplace culture after having lead over ten research projects. In his piece, titled “Ten simple rules towards healthier research labs,” he noted several sources of stress plaguing students and early career researchers, including the dearth of jobs and the pressure to author a study in a high-prestige journal, which is key to securing an academic position or promotion. Many systems for evaluating scientists worldwide, he also noted, prize the quantity of published work in indexed journals over their quality and, as a result, researchers get stressed out trying to get published as quickly and as often as possible, which can lead them to engage in scientific malpractice. Stress-induced misbehavior occurs outside of science, too, of course. Stress related to heavy workloads or frequent interpersonal conflicts with colleagues, research has shown, can cause employees to “morally disengage and as a consequence to engage in counterproductive work behaviors, such as verbal aggression, gossiping, stealing, withdrawal, sabotage.”

The rules Maestre recommends to his colleagues, mainly principal investigators, like himself, are inspired by his own experience and social-psychological research. They promote, he says, “nurturing, collaborative, and people-centered research environments.” We highlighted five we especially liked.

Promote well-being. That’s Maestre’s first rule—fitting, since it’s a basic principle. “We work more efficiently and are more creative when we are happy,” he says. “This is well known by psychologists studying productivity in the workplace across a wide range of jobs.” Maestre cites three studies supporting this claim. The best way to promote happiness, he says, is to put some effort into being a decent human being, creating time and opportunities to show kindness towards your colleagues. “It is important to let your lab members know that you care about them and that you are here to listen to and to help them to overcome any issues that may negatively affect their work.” Empathy and benevolence have in organizational behavior research also shown to help promote other outcomes of interest, such as increased ethical behavior and employee commitment to the organization.

Destigmatize failure and celebrate success. Learning is bound up with failure. Failure is rarely fun but—especially in science—it’s normal. Lab members, or employees anywhere, should look at failure as an opportunity for growth. “[A]lthough rejection always hurts, scientists must embrace it as another (and important) part of their job,” Maestre says. This advice—that embracing failure can be an asset—is relevant beyond academia. One way to dampen the sting of failure is to cultivate a culture of openness around it. As a 2017 review in the Academy of Management put it, “Motivation to learn from failure is hindered by punitive leaders and organizations.”

Treat lab members as teammates. Maestre makes clear that this doesn’t mean abolishing distinctions between leaders and followers, or managers and subordinates. Bosses define the vision, set out the priorities. “However, treating lab members as mere executors of our instructions rather than as colleagues that have an informed opinion about the work they do (and hence about how to improve it!) is a huge lost opportunity.” Different perspectives are valuable, in other words, and treating colleagues like anything less than a teammate can squash their willingness to share views confidently. Christine Riordan, President of Adelphi University and a former professor of management at the University of Kentucky, told Harvard Business Review, employees who feel part of a team are “much more productive, their performance is higher, they are more loyal, they are more trustworthy, and they work harder.”

Let people set their own schedules. No one likes to be micromanaged. And people feel better about their work when they have some autonomy in deciding when, where, and for how long, they do it. “[Principal investigator]s should facilitate these arrangements,” Maestre says, “because scientists should be evaluated by the outcome of their work rather than by the time they spend in their workplace (which for many researchers can be any spot with a computer and an internet connection).” In his experience, offering that flexibility pleases most people, and helps them manage their time wisely, which is useful later in their careers. This has also been an effective strategy for organizations outside science. “It’s much easier to recruit and retain great talent when you are giving employees what they want while helping them excel at their jobs,” a Harvard Business Review article by Nathaniel Koloc put it. “More and more people want the freedom to decide where, when, how, and with whom they work. Do your best to provide that freedom.”

Show gratitude. Knowing that your leader or superior is thankful for, or appreciative of, your work is a salve for stress. Psychologists have demonstrated the benefits of gratitude—for those both showing and receiving gratefulness—for improving work and personal well-being, as well as building confidence and happiness. It’s motivating to feel like coworkers not only rely on your efforts, but care that you’ve done them, too.

To learn more about how to foster a more ethical workplace, check out our behavioral science-based research pages on fairness, trust, and cheating & honesty.

Miss the 2019 Ethics by Design Conference? Watch It Online
Scroll to top