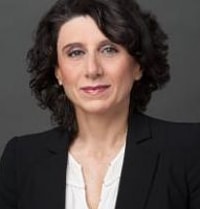 Companies that look beyond the bottom line often earn more money and garner greater affinity with customers in the long run.

“Purpose does more than make a brand unique. It can shine a light on a business’ evolutionary path,” writes Bulgarella who teaches organizational behavior graduate courses at NYU as an adjunct professor and is an Ethical Systems core team member.

Bulgarella continues: “At a basic level, purpose can simply express what an organization aspires to be and do. But at a more advanced one, it becomes a conscious expression of how an organization intends to evolve and transform itself.”

Bulgarella suggests that there are two different kinds of purpose – linear versus transformative. A basic example, according to Bulgarella, is that a watch company has the linear goal of helping people be on time. A more “transformative” articulation of their goal could be  to “help people to achieve a more balanced life.” The –challenge, however, tends to be whether a company can effectively communicate its ultimate impact on a consumers’ life?

Research by PwC shows that more young adults in their ‘20s and ‘30s are attracted to working for purpose-driven companies. They also found that “79 percent of business leaders surveyed by PwC believe that an organization’s purpose is central to business success, yet 68% shared that purpose is not used as a guidepost in leadership decision making processes within their organization.”

Companies that extend into the purpose-driven path are making headlines. In January, social media behemoth Facebook made a splash when CEO Mark Zuckerberg announced the company would take action to bolster community engagement by promoting personal posts from family and friends versus public content via channels such as “News Feed.”

The announcement knocked 5 percent market capitalization from the company and the stock plummeted nearly 20 percent, a reminder that there is a price to pay to “develop the social infrastructure to give people the power to build a global community that works for all of us,” according to Zuckerberg, but nine months later Facebook holds its rank in the top 100 of Forbes digital companies, and despite a rocky year is #76 in Fortune 500 companies compared to #98 the previous year.

Facebook is an example of a billion-dollar company publicly attempting to transform itself into what some might argue as a Do-Gooder or into being more socially responsible; there are a plethora of young companies and startups that were launched with just that in mind, according to Conscious Company Media. Some of the for-profit companies ranked with a mission are small to medium sized companies including Dr. Bronner’s, an organic fair trade soap business based in southern California.

To be sure, for sectors such as food and agriculture, purpose driven seems like a natural fit. Look no further than coffee giant Starbucks whose mission statement is, “To inspire and nurture the human spirit — one person, one cup and one neighborhood at a time.”

Indeed, economic success  and a higher purpose can be synonymous. With Bulgarella’s argument established, the conversation can turn to how companies can align their strategy and operations with their transformative purpose. Considering the benefits for genuine purpose-driven companies, the benefits far outweigh any costs.