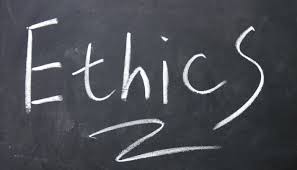 Are ethics professors unwittingly encouraging a pessimistic attitude towards business ethics? In October of last year, many of the country’s top business school deans and faculty members gathered at the New York Federal Reserve Bank for a discussion titled, A Convening of America’s Business School Leaders and Faculty: Ethics in the Classroom. The meeting’s purpose was to spark dialog between business schools and the financial industry on how to teach ethics.

Much discussion centered on ensuring students know the legal consequences of white collar crime to discourage unethical behavior. Yet, another attendee, University of Chicago Booth behavioral science professor and Ethical Systems collaborator Nick Epley (who happens to have been my graduate school advisor), proposed a more thoughtful- and yes radical- idea: Ethics professors might do well to highlight more examples of good behavior than bad behavior, promoting images ethical heroes rather than villains.

Established behavioral science research on social norms supports this suggestion. When behavioral customs are ambiguous, humans take cues from what other humans are doing. When people believe others are behaving poorly, they behave poorly as well. When people believe others are behaving virtuously, they will mirror that behavior. Therefore, if tone starts at the top, then the top has to be a model of encouraging, ethical decision-making.

A classic example of this phenomenon comes from Robert Cialdini who examined the issue of petrified wood theft in Arizona’s Petrified Forest National Park. He installed various signs around the park and showed that theft increased when park-goers saw signs that read, “Many past visitors have removed petrified wood from the Park, changing the natural state of the Petrified Forest.” Even though the signage urged people not to steal wood, the implicit norm conveyed was that most people do indeed steal wood.

Similarly, a study on “Contagion and Differentiation in Unethical Behavior” by Francesca Gino, Shahar Ayal, and Dan Ariely (Gino and Ariely are also ES collaborators) demonstrated that people cheat more on an exam when they observe a single in-group member cheat and get away with it. Even a single instance of unethical behavior can convey the message that cheating is normative.

Since the meeting at the Federal Reserve, I have audited my own ethics class lectures to examine the norms I might be conveying. I have found them to be chockfull of villains rather than heroes. I tell the stories of white-collar criminals such as Bernie Madoff, Jeffrey, Skilling, and Dennis Kozlowski, and even Nazi war criminal, Adolf Eichmann. I spend plenty of time discussing the British Petroleum oil spill of 2010, the News Corp phone hacking scandal, Goldman Sachs’ erosion of corporate culture and disdain for customers, HSBC’s involvement in laundering money for terrorist groups, McDonald’s’ intimidation of Greenpeace activists, coordinated corruption that drove the Savar building collapse in Bangladesh, and large-scale gender discrimination at Wal-Mart. The audit revealed my teaching material is dominated by examples of bad behavior.

Sure, my lectures are peppered with positive examples, from organizations including Whole Foods and Zappos that win customers and employees through social responsibility, to ethical role models such as Martin Luther King Jr. or Sherry Hunt, the whistleblower who exposed Citibank’s mortgage fraud. Nonetheless, the bad outweighs the good and I believe my classes are fairly representative of ethics classes at other business schools. The concern then is that by simply presenting students with innumerable examples of unethical behavior, these lectures implicitly convey the message that “this is how business works” and “this is what business professionals do” This reasoning corresponds to other research showing that the professional aspect of one’s identity is made salient, an individual behaves more unethically. The stereotype of business professionals as unethical already persists, and by displaying countless stereotype-reinforcing examples, we might in fact be exacerbating the problem

So what might an idealized positive ethics course look like? Every lecture would highlight ethical champions such as CEOs like Alibaba’s Jack Ma, that set positive examples for their employees, professionals like Greg Smith that challenge toxic cultures within their industries, companies that engage in real social responsibility efforts that go beyond tax write-offs, and the organizations with a long-term outlook that are committed to people rather than profits alone. And of course, these lectures would swap out research on how easily antisocial behavior can emerge—consider Zimbardo’s Stanford Prison Experiment and Milgram’s Obedience Experiment—with studies showing how easily people can be nudged to behave pro-socially. In other words, this radically new type of ethics class would focus on ethics!

Unfortunately, in the current business climate, such a course would certainly be incomplete, if not naïve. Portraying only the sunny side of business would not prepare students for the ethical challenges they inevitably confront particularly when operating in countries where corruption is a pervasive aspect of the local economy. Nonetheless, I cannot shake the sense that ethics professors are operating counterproductively by focusing on scandal, greed, dishonesty, and punishment (and therefore communicating that corruption is normative). By shifting to a more balanced distribution of heroes and villains (perhaps simply ensuring that at least 51% of course material focuses on the positives) we might better convey that unethical behavior is not inevitable. And by shining the light on moral role models rather than pariahs, we can speak to students’ aspirations for virtue rather than their fear of punishment. Instead of making them merely compliant, we can also help to make them more ethical. 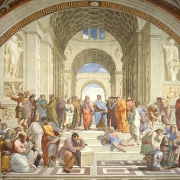 Twice as Nice: On ethics teaching