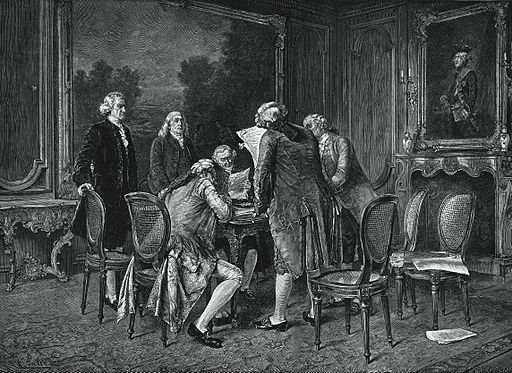 Carl Seiler, Signing the Preliminary Treaty of Peace at Paris, via Wikimedia Commons.

Negotiation is commonly defined as a decision-making process by which two or more people or groups agree on how to allocate scarce resources. Negotiations do not occur in a vacuum. Rather, the organizations in which negotiations occur play an important role in influencing the behavior of individual negotiators.

Thus, the culture of an organization (e.g., whether it is focused more on value claiming rather than value creation, or on short-term benefits rather than long-term relationships) affects the behavior of those operating in it. And, regardless of environment, negotiation is a “mixed motive” interaction; negotiating parties will be motivated both to cooperate (creating value) and compete (claiming value). Additionally, most negotiations are characterized by information asymmetries. As a result, deception is pervasive.

Because negotiation involves both cooperation and competition, it raises many ethical questions. In their seminal book, What’s Fair? (public library), Wheeler and Menckel-Meadow explore the intricacies of ethics in negotiations addressing questions like:

Here are two cases that show a failure to reach value-creating deals because of a focus on power and value claiming strategies: