In his 2017 book Principles: Life and Work, the American billionaire investor and hedge-fund manager Ray Dalio offers some tips on choosing business partners. “In picking people for long-term relationships,” he writes, “values are most important, abilities come next, and skills are the least important.” Now, how does this bit of advice make you feel about Dalio himself? Does it burnish his reputation? Imagine he said abilities or skills were the most important, and values the least. Would that make you more likely, or less likely, to view him as a moral individual?

It’s not surprising to anyone that who you choose to do business with can affect your reputation. “You are known by the company you keep” is a familiar axiom. But why is this the case? Why does your choice of business partner say something about your own moral character? In a recent paper in the Journal of Experimental Psychology: General, my colleagues and I explain why.

Less cooperative people are less likely to sustain cooperative relationships over the long-term.

We drew on the partner choice literature to examine this. Partner choice is simply the act of choosing someone as a partner, whether it be a friend, business partner, or romantic partner. The common trade-off in partner-choice is between a partner who is better able to provide benefits, and a partner who is more willing to provide benefits. While the able partner provides more benefits in absolute terms, the willing partner is more generous because he is willing to share a larger proportion of his resources.

In a 2016 paper, Nichola Raihani and Pat Barclay reported one of the more striking findings in partner-choice psychology: When forced to confront the trade-off between an able partner and a willing one, over 50 percent of people forgo the greater benefits that come from the able partner, and instead choose the willing partner. From an evolutionary perspective, such costly behavior is puzzling. How could such behavior prove adaptive?

We drew on costly signaling theory. The central idea is that for a behavior to serve as a signal, certain types of people need to find the behavior too costly. For example, owning a luxury vehicle serves as a signal of high economic status, because people low in economic status cannot afford luxury vehicles. Likewise, choosing willing partners over partners who could offer more benefits or resources serves as a signal of moral character because less cooperative people cannot afford to do so. They don’t have the time.

Thus, by advising others to consider values over abilities and skills in others, Ray Dalio is not only providing sound business advice. He may also be signaling to others something about his own moral character.

Nathan Dhaliwal received his PhD from the UBC Sauder School of Business. His research focuses on reputation and the evolution of cooperation. 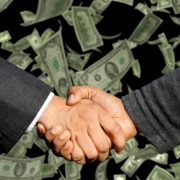 The Double-Edged Nature of Cooperation 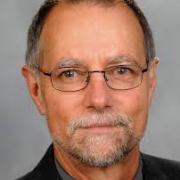 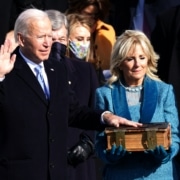