Change is difficult, or so most people believe. Switch identifies the crucial factors in effecting lasting changes for both individuals and organizations. Dan and Chip Heath draw on current research and lively anecdotes to illustrate that people will embrace significant changes given the right circumstances; namely, when all three components of change – the rational side (the Rider), the emotional side (the Elephant), and the situational world (the Path) are aligned. The Heath brothers focus on how to improve each of these three components with simple guidelines and ample real-life suggestions.

As we become more morally aware, the logical next step is to change our behaviors, as well as those of our organizations and businesses, to correspond to the new awareness. However, if implemented incorrectly, change can be difficult and the results unsatisfying. The Heath brothers propose that in order to effect change, there needs to be clear and simple directions, emotionally-satisfying motivations, and a supportive environment. The book contains numerous studies of how ordinary people can change themselves, their companies, and even their countries to become healthier, more profitable, and more socially responsible. One example focuses on how Donald Berwick and his team of 75 people saved 122,300 lives in 18 months by motivating thousands of hospitals to standardize medical processes to lower defect rates (such as ensuring that patients receive antibiotics on time). Don Berwick accomplished this without changing the law, offering bonuses, or firing any hospital administers. Instead, he set clear objectives: save 100,000 lives in 18 months; proposed six well-defined procedures for hospitals to follow; motivated hospital administers by asking them to save lives (rather than to overhaul medicine or streamline processes); and created a supportive environment by making it simple for hospitals to sign up and support each other. This example exemplifies how anyone can effect positives changes by focusing on a few crucial components.

The chapter introduces the three components of change: the situational, the rational, and the emotional. The authors refer to a rider-and-elephant metaphor (coined in the Happiness Hypothesis), where the Rider, the rational brain, tries to guide the Elephant, the emotional side, down the Path to the goal. In a study of irrational eating behavior, researchers found that participants consumed 53% more stale popcorn when given a larger container; they concluded that in order to reduce popcorn consumption, just give people smaller containers. This simple example illustrates the power of modifying situational factors (the Path) to change the intended behavior.

The second component of change is the rational side (the Rider), which analyzes and strategizes. It has a limited amount of willpower to control the emotional side (the Elephant), and it tends to overanalyze. To combat this, clarity in goal and implementation is needed.

The last component of change is the emotional side (the Elephant), the instinctive part of us that feels pain or pleasure and craves instant gratification. However, it is also the side that we turn to perform most tasks.

Hence in order to effect change, we need to address all three components by creating a supportive environment, setting clear and actionable goals, and appealing to our emotions.

The next 3 chapters focus on improving the Rider:

As previously mentioned, the Rider analyzes and is usually fixated on evaluating different aspects of problems. While we need these functions to solve problems, there exists a danger of over-analysis, which can lead to paralysis. Hence, the authors suggest that we direct the Rider towards a solution, rather than letting it overanalyze the problem.

To direct the Rider, one of the best ways is to find the bright-spots in the problem. Bright-spots are defined as occurrences of over-performance, such as an A in a report card full of B’s and C’s. Instead of spending time analyzing the problem, we would benefit more by analyzing these naturally-occurring solutions. Research shows that people exhibit positive-negative asymmetry, where more attention is given to negative events than that given to positive events. While focusing on problems is a part of human nature, it impedes change. Hence, a solution-based approach, by examining bright-spots in problems, leads to an action-plan for change.

When confronted with a plethora of choices, we tend to exhibit symptoms of decision paralysis and become more likely to adhere to the default situation rather than to change. This occurs due to two main factors: one, evaluating choices takes mental energy, thus more options will overwhelm the Rider; two, there is usually some degree of ambiguity in decisions-making, and ambiguity causes anxiety. Hence, it is crucial to draft clear and simple guidelines to change.

Some believe that in order to solve complex problems, the solutions need to be complex and multi-faceted as well – this is incorrect: complex solutions exhaust the Rider and frighten the Elephant. Instead, people respond much better to simple and clear instructions, especially during a time of change.

Chapter 4: Point to the Destination

As previously observed, left to itself, the Rider tends to overanalyze. Thus it’s important to have a destination/goal to direct the Rider. It is best if the goal is short-to-medium term (a couple of months to a year) and emotionally-charged, as these goals will both direct the Rider and appeal to the Elephant.

If there is no goal that is emotionally-appealing, the second best goal is one that is black & white. A B&W goal is one that has clear boundaries so that it’ll be more difficult to rationalize, which helps to prevent backslides. For example, rather than “eat less” (ambiguous), it’s more helpful to a B&W goal of “no more food after 8pm”. Make sure to combine the goal along with the critical moves, so that the Rider can effectively analyze and direct us to the desired change.

The next 3 chapters focus on improving the Elephant:

There are two main methods to change behavior: the first is analyze-think-change, which is more strategic and works better for cases with clear parameters and measurable results; the second is see-feel-change, which is more emotional and works better for bigger changes with more ambiguity. As most of the life changes that we face are ambiguous, it’s generally more effective to use the see-feel-change model.

As an aside, one reason that change is difficult is that most of us have the positive illusion bias, where we view ourselves more favorably compared to others. Thus, sometimes we don’t feel the need to change. To combat this without becoming overly negative, emotional connections with others will provide us with a better perspective on both ourselves and the situation.

It is important to realize that all emotions, both negative and positive, lead to some form of change. Negative emotions, such as fear and anger, tend to lead to faster responses; these emotions are useful when trying to avoid risk and confront problems. Positive emotions, such as curiosity and joy, tend to lead to broadening of mindset and actions; these are useful when trying to change behaviors and adapt to new situations. Therefore, as most of our life changes are ambiguous and evolving, they benefit the most from positive emotions.

One simple method to motivate the Elephant is to decrease the perceived distance to goal by showing that some distance has already been covered. Research shows that people are more likely to complete a loyalty card (buy x car washes and get one free) when they are given a card that already has a few stamps on it, as compared to one without any starter stamps (both cards have the same remaining number of stamps needed before completion).

The Heath brothers expand on this concept and suggest that when looking to effect change, it’s helpful to set small and easy steps, which gives an extra boost of motivation when completed. In other words, early success is a method to engineer hope. These small steps should have two traits: they should be meaningful to the final goal and that they are within immediate reach.

Sometimes, rather than shrinking the perceived change, it’s more valuable to make people feel more proud/capable. One effective way to do this is through an appeal to their identity. There are two ways that people make decision: consequence based (more analytical) or identity based (more emotional). When people embrace a new identity, they are more likely to change their behavior.

As an aside, one important identity division is fixed-mindset versus growth mindset, where the former believes that people’s abilities are set and the latter believes that all abilities can change/grow. The latter is more likely to embrace failure, and consequently succeed in the long run. Thus it’s important to help people embrace the growth mindset, as well as prepare for failure before change can occur.

The next 3 chapters focus on improving the Path:

One prevalent and fundamental mistake is the Fundamental Attribution Error, where we attribute problems to people rather than the situation. In the popcorn consumption example, the Fundamental Attribution Error would be to think that the people who ate more popcorn are gluttons, rather than the fact that they were given bigger containers of popcorn. To effect change, sometimes it is much easier to change the Path (give people smaller containers of popcorn), than to direct the Rider and motivate the Elephant.

Habits are behaviors that we engage in without much thought (as if on autopilot), and can be beneficial or detrimental. A beneficial habit is one that advances to the goals and it’s simple to follow. Building beneficial habits is one way to bypass the Rider and the Elephant. It is important to recognize that the environment often provides reinforcement/deterrents that shape our habits; therefore, first try to find changes in the environment to shape good habits.

To start a new habit, it is worthwhile to consider the use of action triggers, a method in which an individual visualizes or determines exactly when/where an action will take place. For example, to ensure that we adhere to our resolution to go to the gym, we would make a plan to go to the gym right after dropping off the kids at school. This method increases the likelihood of action because it preloads a decision, and takes conscious deliberation out of the situation (at which point emotions might become a deterrent).

Lastly, a checklist is a good method of combining both environmental tweaks and habits. A checklist, while time-consuming and tedious, corrects human error, blind spots and overconfidence in complex situations.

Many empirical psychology studies show that we are influenced by the behaviors of others around us. Hence, to effect change, one simple way is to point out that this is the behavior of the majority (if this is true). For example, if there are a couple of people late with their expense reports, one simple way to effect change is to point out that the majority of people file their reports on-time. As no one wants to be the laggard, it will reduce the number of late filings.

To implement new behavior in a group of people, it is important to combine all of the strategies mentioned previously. Direct the Rider with an emotionally powerful goal and clear instructions, motivate the Elephant by embracing the new identity, and finally shape the Path that supports the change.

Change is a continuous process, and it’s important to sustain it for a long period of time before the intended results can take place. The Heath brothers recommend continual positive reinforcements through this period to increase the likelihood of success. If the change is planned well, it should become progressively easier as later steps will benefit from the momentum and motivation of previous steps.

In conclusion, while change can occur in a multitude of ways, most successful changes are a combination of: clear direction/goal, ample motivation, and a supportive environment. 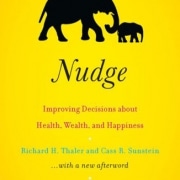 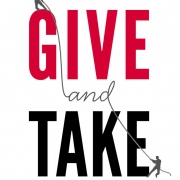 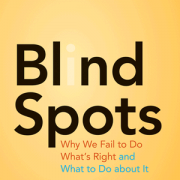 Give and Take
Week That Was in Ethical Systems, 1/27-2/2 Research on the Giving Voice to Values curriculum
Scroll to top