We’re in the middle of a Great Resignation. This past April, 2.7 percent of Americans quit their jobs, the highest rate on record. And according to a study by Microsoft, over 40 percent of the global workforce would consider leaving their jobs this year.

Several factors are driving this exodus. Generational expectations about what makes a good job are changing, employees are fatigued from the year-long pandemic and there are labor shortages everywhere. Employees have had the time and space to think about what really matters to them and there are plenty of options, so it’s no surprise resignation rates are through the roof. Additionally, there are jobs which have ‘bad hygiene,’ by which we mean they are demanding, low paid, and provide few prospects for advancement.

Being a good place to be from is a shift from the current employer mindset.

Some companies and industries are taking a hard look at improving “bad hygiene” jobs: for example, many companies in the food and drinks industry are increasing wages, and in a concession to work-life balance, Walmart and Target even opted to close on Thanksgiving. However, in the race to retain talent, companies are also resorting to less substantive tactics, like taking employees to exotic locales for offsites. These employers are missing the underlying point: instead of resorting to perks that are at best a band-aid, companies should follow the lead of Recruit Holdings, a $20 billion Japanese advertising and tech company that focuses on being a good place to be from.

Recruit developed this strategy in the wake of crisis. In the 1980s, Recruit Holdings’ CEO sold shares of a subsidy before it went public. The resulting scandal was so great the Japanese prime minister and his cabinet had to resign. Employees estimated Recruit would last another six months and began to look for other jobs.

Recruit realized it could no longer guarantee employees lifetime employment, the standard for Japanese companies at that time. What it could guarantee was lifetime employability, developing employees so they would be viable candidates for jobs long after they left the company. It developed systems to promote employee innovation as well as offering flexible work options such as part time work so employees could focus on passion projects. (Recruit’s alumni roster includes an Olympic medalist.) While managers feared that all the top talent would leave, instead Recruit grew to become a $20 billion tech company (roughly the equivalent of Salesforce) that employs 50,000 people globally. They have created a suite of products including platforms that help customers make restaurant and hair salon bookings, buy cars and homes, while Recruit also owns Indeed and Glass Door.

Being a good place to be from is a shift from the current employer mindset. Instead of wanting employees on board until you’re tired of them—a philosophy employees are all too familiar with—this strategy focuses on developing employees by figuring out their passions, giving them relevant experiences to help them become more marketable, and helping them on their way when they are ready to exit. Companies can then benefit from an influx of enthusiastic new employees with innovative ideas, who step into the openings left by the former employees who have transitioned out. This is the opposite of rank and yank, the Jack Welch-style of firing the so-called bottom 10 percent every year.

Being a good place to be from requires trust between employees and employers. We’ve developed five pillars based on Recruit’s practices that companies can follow to put this into place:

Link work to social purposes employees care about: Recruit Holdings believes work should add value to society. It also operates under the philosophy that a good manager should figure out what an employee is passionate about and couple that with tasks that are relevant to Recruit. For example, an HR manager who had wanted to be a rock star worked on creating large splashy events for Recruit’s annual company gathering and played in the company’s band.

Recruit’s performance appraisal system, Will-Can-Must, is designed to help employees build their future. Willasks employees what they want to do now and over the next three years; Can assesses employees’ current skills and abilities; and Must pinpoints what the employee needs to learn to achieve their and the company’s goals.

Develop employees: Managers at Recruit are encouraged to assign challenging roles to junior employees who are passionate and talented even though they may not have relevant experience. Meanwhile, managers are evaluated on how well they know their direct reports, as well as the direct reports of their peers. This pushes managers to work together to determine which employees to recommend for new opportunities across teams.

Build a culture of innovation, learning, and recognition: To create an innovative environment, Recruit studied Silicon Valley firms and created its own incubator. This includes a monthly competition where employees can submit business proposals and the winner receives funding and other company resources. The company also hosts an annual competition to identify best practices in all areas of work, like sales and technology.  Recruit recognizes the winners at an annual awards ceremony. The winning practices are then documented and winners are expected to teach what they did so the rest of the company can learn from it.

Develop a program for “happy exits”: When employees turn 35, if they have worked for over 6.5 years at Recruit, they are eligible for a $75,000 retirement bonus. Once an employee turns 41, the bonus is increased to $150,000. This is to ensure that employees who have other dreams are able to pursue them, while Recruit only retains employees who are still enthusiastic about the company. Recruit provides career counselors who meet with employees to discuss their futures and how to prepare to leave. Furthermore, the focus on voluntary attrition means Recruit always has room to hire fresh talent with new ideas and new skillsets.

Build an equivalent process for contract workers: Recruit also uses these pillars to hire contract workers with non-traditional backgrounds. Typically, these candidates, who lack relevant experience or academic qualifications, wouldn’t be eligible to work for a large corporation with a comparable reputation. Contracts last for three years and Recruit benchmarks pay against salaries at regional banks, allowing these workers to earn more than they otherwise would. Contract employees also receive the same training and benefits as other Recruit employees, with the same goal of making them more employable and filling in the gaps in their skills that made it harder for them to find a job. About 90 percent of contract workers land a new job when they leave Recruit.

While the Great Resignation may seem like a terrifying prospect, companies would do well to consider it as an opportunity instead. An employee who is ready to move on is no longer the best match and there’s no point standing in the way of their dreams. Instead, focus on what you can do to turn your company into a place that develops employees into marketable candidates. When your company is a badge of honor on someone’s resume, when employees eventually want to leave, plenty of others will want to fill their place.

Shalene Gupta is a writer, journalist, and co-author of The Power of Trust: How Companies Build It, Lose It, Regain It.

Sandra Sucher is a professor of management practice at Harvard Business School, an internationally recognized trust researcher, and co-author of The Power of Trust: How Companies Build It, Lose It, Regain It.

This article was originally published on LinkedIn. 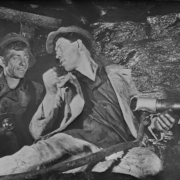 Diversity Is Not Enough: Why Collective Intelligence Requires Both Diversity...
Scroll to top