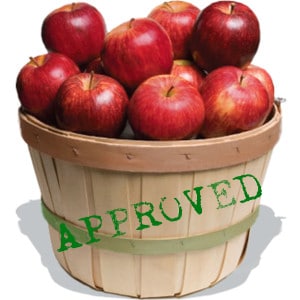 The prominence of compliance in organizations continues to rise. Recently, the US Department of Justice (DOJ) named Ms. Hui Chen as its Compliance Counsel- a much anticipated new role which many have applauded as a step forward for addressing the criticism that the DOJ doesn’t appropriately credit companies who implement effective compliance programs.

Ms. Chen comes well prepared from a background in both corporate compliance and prosecution, which she will likely lean heavily upon when tackling the difficult task of helping prosecutors recognize whether an incident is symptomatic of an unethical corporate culture or the result of a rogue employee. This is the distinction that has challenged social psychologists for decades: is it the individual or the system that is to blame?

Research has shown contextual influences have strong power over individual behaviors. The famous Milgram experiment and Philip Zimbardo’s Stanford Prison Experiment are two notable exercises that reveal how people cause harm to others when the social context allows for such behavior. Milgram’s experiments studied the power of authority in enabling people to cause pain to others. One of his conclusions was that “relatively few people have the resources needed to resist authority”.

Zimbardo drew similar conclusions after conducting experiments where he simulated a prison with student volunteers from Stanford University playing the roles of prisoners and prison guards. He ended his planned two week experiment in six days because the potential for harm was too high. Drawing lessons from this work to apply to real life circumstances (such as the prisoner abuse in Abu Ghraib), Zimbardo contends that it’s not just the bad apples that should be held responsible but also the barrel makers who establish and run the system. His analysis of misbehavior includes the bad apple (the individual), the bad barrel (the situation) and the barrel makers (the system).

Misbehavior in corporations is rarely as stark as presented in the Milgram and Zimbardo studies, but the lessons regarding the dynamics of authority, procedures and context are highly relevant.  Who are the barrel makers in corporations? Following the locus of power, one answer is that it is the board and senior management, who constitute the senior leadership of an organization and approve internal policies and procedures. However, a recent trend in SEC enforcement actions holds the chief compliance officer accountable for enabling misbehavior within the organization.  Are these the appropriate leaders to target for organizational failures?

The National Society of Compliance Professionals (NSCP) doesn’t think so.  While compliance officers are often the authors of internal rules, they are rarely the ones with final approval over their adoption and implementation. In an August letter to the SEC, they contend that there should be deference to the in-the-moment decisions of compliance officers, and a recognition that policies evolve as organizations learn from their challenges.

Moreover, they cite three SEC proceedings in 2015 where compliance professionals were held accountable for the actions of others based on a standard of simple negligence. The NSCP urges the SEC to only bring proceedings where they find intentional or reckless action on the part of the compliance officer. Anything short of that would make it difficult for corporations to recruit talent.

Incorporating ethical systems design- whether as a reaction to increased enforcement or merely a desire to ensure corporate adherence to compliance regulations- will help organizations see that a well designed barrel prevents bruising of individual apples. Once companies begin designing better barrels, everyone will reap the fruits of the harvest. 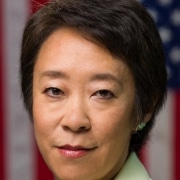