When Christina Fang was a graduate student at the University of Pennsylvania, in the Wharton School of Business, she took a course on behavioral decision making and it blew her away. It fascinated her that people and firms can deviate systematically from rational and optimal behavior in many contexts, ranging from everyday decisions to high-stakes ones, like political forecasts and merger-and-acquisitions. Her work at New York University, as an Associate Professor of Management and Organizations, takes these ideas as given. She explores how systematic biases and pathologies may point to potential arbitrage opportunities for strategists.

A common misconception, for example, is that superior performance is almost entirely due to skill or competence. People end up overly praising successful firms and overly penalizing the unsuccessful ones, both in the business press and in the stock market, when factors like luck, as economist Robert Frank has argued, can play a large yet sometimes non-obvious role. A first step in strategizing, then, she says, is to take the role of luck seriously, to counteract the bias of associating success with skill. One way to do that is to exploit another bias, she says, namely the tendency people have of being skeptical or contrarian: Is your success really due to your supposed skill?

This is the Mindspace approach to strategizing with biases. As Fang and colleagues from the Warwick Business School, in the United Kingdom, explained in a 2017 paper, using bias to overcome a more damaging bias, like racial bias, can often be more effective than de-biasing, or trying to rid people of biases. The Mindspace approach is one that operates on the system level, working with people’s biases—going with the grain of human nature, rather than against it—by changing decision contexts. “Mindspace,” inspired by the ideas in the seminal book Nudge, is actually a mnemonic for nine contextual forces that shape human behavior: messengers, incentives, norms, defaults, salience, prime, affect, commitment, and ego.

Fang recently took some time to speak to Ethical Systems about the Mindspace approach.

How does the Mindspace approach compare, in terms of effectiveness, to what you call a de-biasing approach?

The effectiveness of de-biasing as opposed to nudging, in the Mindspace sense, depends on the context. One example is diversity training. Many firms run diversity training programs in order to de-bias gender and racial stereotypes. Recent studies show that these trainings usually backfire. Fewer black women are promoted to management because the training is often framed in a way that leads to the majority feeling that they are excluded and unfairly treated. Inclusion policies that incorporate nudges tend to work better, such as gender/color blind policy in screening CVs, which reduces the “salience” of the source of unconscious bias.

What’s an example of using the norm context to shift behavior?

Hotel guests, for example, are more likely to reuse their towels if there is a sign saying something like, “Seventy-five percent of the guests who have stayed in this room reuse their towels,” as opposed to a sign saying, “Help save the environment.” The former is framed in a way that resorts to a “norm,” which our System 1 thinking, characterized by quick intuition, is sensitive to, whereas the latter speaks to our rational, more deliberative System 2 thinking. The same errors that make us stumble can also be used to help us make better choices.

How can the messenger context be used to resist bias?

Executives make decisions based on the analyses conducted by colleagues but their judgment of the analyses can be moderated by authors’ attributes (such as gender, race, seniority or social status). To control for the messenger effect in this case, the reports can be anonymized, or the same person can present all of the reports. The messenger effect is attenuated because the messenger becomes decoupled from the message, forcing the receiver to focus on the quality of the message instead of evaluating the report with the authors’ “halo effects.”

What about overcoming salience cues, like where someone went to school, in a hiring scenario?

That sort of tactic seems to be catching on. I recently saw that Tesla, Apple, Google, and Netflix aren’t requiring employees to have 4-year degrees.

Right. College training may well be useful but also implies that the graduates are more similar in their mental models and problem solving skills. Organizations like those require a diverse team with both breadth and depth in their life experiences and thus diverse identities, perspectives, and mental models. 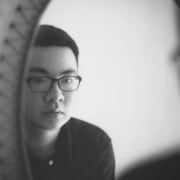