The U.S. Chamber of Commerce calls itself the “world’s largest business organization.” Founded in 1912 at the behest of President William Howard Taft, the Chamber has spent a century promoting the perspective of American business on issues like taxes, regulation, and trade policy. It has doled out more than $1.6 billion to lobby the federal government since 1998, more than twice as much as the next-largest interest group. During this same period, the Chamber has donated more than $116 million to political candidates, mostly Republicans. In the current moment, as many Republican politicians continue to question the results of last fall’s presidential election, and pursue a raft of voter-suppression measures, the Chamber faces a test of what its role ought to be in a democratic society.

Two months ago, the Chamber took a salutary position challenging efforts to overturn Joseph Biden’s victory in November. On January 4, it issued a statement warning that “efforts by some members of Congress to disregard certified election results in an effort to change the election outcome or to try to make a long-term political point undermines our democracy and the rule of law and will only result in further division.”

The Chamber will continue to provide financial support to politicians who still assert that the November election was stolen.

Three days later, in the wake of the violent insurrection at the Capitol, the Chamber warned, “We need responsible and resolved governing to lead our nation. We also must strengthen the structures of our democracy. The business community must and will play a critical role in supporting the rule of law, fortifying democratic norms, and restoring trust in our institutions.” The Chamber’s Executive Vice President, Neil Bradley, said, “I actually want to be very clear: There are some members [of Congress], who by their actions, will have forfeited the support of the U.S. Chamber of Congress. Period. Full stop.”

To their credit, a small group of companies, including General Electric, Microsoft, and Alphabet (Google), have suspended all contributions to congressional candidates through the 2022 mid-term election cycle. A range of others including Walmart, Marriott, AT&T, and Blue Cross, have suspended contributions indefinitely and are reviewing their guidelines for future contributions.

Now, however, the Chamber appears to have taken a giant step backwards, having decided it will continue to provide financial support to politicians who still assert that the November election was stolen. In a memo to member companies on March 5, the Chamber’s National Political Director, Ashlee Rich Stephenson, wrote, “We do not believe it is appropriate to judge members of Congress solely based on their votes on the election certification.” Using strained logic, she added, “There is a meaningful difference between a member of Congress who voted no on the question of certifying the votes of certain states and those who engaged and continue to engage in repeated actions that undermine the legitimacy of our elections and institutions.”

Now the debate about elections has shifted to a new phase, one in which a number of the federal and state politicians the Chamber supports are actively promoting state legislation imposing restrictions on voting. In all, more than 250 such measures have been proposed in 43 states, according to the Brennan Center for Justice. Rather than condemning these dangerous measures, which will undermine rather than restore trust in how elections are conducted, the Chamber has chosen to maintain the status quo and not take a stand.

In Georgia, for example, Republicans are seeking to curtail absentee and early voting, as well as voting by mail. They are also trying to impose new voter-identification requirements. Proponents of these restrictions claim they are merely trying to prevent fraud. But in many states, the new rules are expected to have a disproportionately negative effect on Black and Latino voters. Moreover, state and local officials throughout the country who actually audited and certified local elections last November, have rejected spurious claims of wholesale fraud and voting irregularities. The Trump campaign and others filed—and lost—more than 60 lawsuits alleging election misconduct, with some of the decisions coming from Republican judges, including those appointed by the former president.

The campaign to suppress voting appears to be picking up steam, fueled by politicians who have traditionally received significant contributions from corporations and business associations like the Chamber of Commerce. For many, continued corporate support is essential to their political future. Thus, how companies respond to fundraising appeals from these candidates will help determine the success of their voter-suppression schemes. And yet, to date, few companies or business associations are publicly bringing pressure to bear on the politicians who are pushing these anti-democratic measures. The Georgia Chamber of Commerce has been a notable exception. In recent days it has expressed “concern and opposition” to aspects of proposed changes to Georgia law that would limit absentee and weekend voting and impose new voter registration requirements, measures it warned would “restrict or diminish voter access.”

This is a moment of reckoning for business leaders and organizations like the U.S. Chamber of Commerce. Companies have the right to participate actively in our political process and to support candidates who advance their commercial interests. The Supreme Court expanded the scope of their permissible involvement, I think unwisely, in the Citizens United case in 2010. Yet if they also are committed to challenging actions by elected officials who in the Chamber’s words “undermine the legitimacy of our elections and institutions,” they need to set clear substantive standards for how they will define this test and to whom they will give financial support. One obvious criterion is whether the candidates they back are involved in efforts that will deny Americans the right to vote. Leading business associations like the Chamber should not reward candidates who are limiting the right to vote. Nothing less than the integrity and vitality of our democracy is at stake. 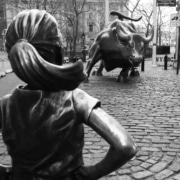 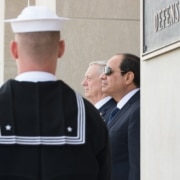 How Biden Can Boost Human Rights in Egypt 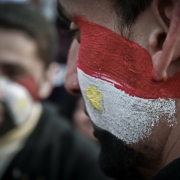 It’s Time the U.S. Linked Egypt’s Military Aid to Real Reform on Human Rights
Why Promotion Is a Moral Hazard

How Viewpoint Diversity Makes You Smarter and Stronger
Scroll to top