This is an article by Laura Smart cross-posted from Insight, the opinion and analysis page of the UK’s Financial Conduct Authority (FCA). Original post. Behavioural science can tell us a lot about how humans are hardwired, and where efforts to improve diversity will be best spent.

In 1951, Solomon Asch carried out an experiment which was to become one of the most widely known and pivotal findings in psychology.

Wanting to investigate how people were influenced by others when making decisions, he recruited students to judge the relative lengths of lines on a piece of paper. The catch was that each student was put into a group which, unknown to them, was made up of actors who had been instructed to give the same, obviously incorrect, answer some of the time.

The videos show the conflict faced by the participants when they come to give their verdict after listening to others ahead of them denying what is in front of their eyes. All in all, 70% of participants gave the same answer as the others at least some of the time – despite knowing that it was wrong.

There lies a perfect illustration of the dangers of conformity and groupthink – dangers that employers are increasingly trying to tackle, in part, through increasing diversity.

In financial services, considerable effort and resources have been put into diversity and inclusion programmes, including mandating training, introducing targets and changing recruitment processes.  But senior managers often find it hard to know which efforts are most effective and where resources would be best spent.

Fortunately, behavioural science can tell us a lot about this.  And some of the findings might come as a surprise.

Humans are wired to be tribal. We seek out those similar to ourselves and find it hard to trust ‘outsiders‘.  A good illustration of this is the Robbers Cave experiment carried out by Muzafer Sherif in the 1950s.

At a summer camp in the Robbers Cave State Park in Oklahoma, Sherif divided the participating 12-year old boys into two random groups.  Each group went to a different part of the park, where they bonded quickly with each other, building their own cultures and choosing group names and symbols.  After a week, the two groups were introduced to each other and now had to compete for resources.

Despite all of the boys coming from similar backgrounds, with similar interests and capabilities, and despite their arbitrary allocation to one or the other group, the two sides quickly became so aggressive towards each other that they had to be physically separated.

This experiment is particularly powerful because it shows how ingrained the tribal instinct is in all of us, and how it can be easily and inadvertently created.

Jonathan Haidt, author of The Righteous Mind, argues further that an explicit focus on what makes us different can be harmful.  His suggestion? ‘To make a human hive, you want to make everyone feel like a family. So don’t call attention to racial and ethnic differences; make them less relevant by ramping up similarity and celebrating the group’s shared values and common identity.’

However, many early diversity programmes instead highlighted what makes employees different from each other, potentially inhibiting togetherness.  In fact, some of the biggest social shifts in attitudes have occurred as a result of people working, fighting and living – pursuing common goals – alongside those who are different from them.  For example, women’s visible mobilisation into the workforce alongside men during World War One was one of the factors that led to the eventual adoption of women’s suffrage.

Haidt also recommends exploiting synchronicity amongst teams to encourage cohesion and build trust.  This is a common tactic in sports and the army, seen, for example, in the New Zealand rugby team’s Haka and military marching exercises. He also warns against pitting teams against each other in competition for scarce resources – though friendly rivalries, such as sports competitions, tend to have a positive effect on morale.

Celebrating similarity does not mean denying reality.  Many industries are tackling real inequalities, large pay gaps and sometimes outright discrimination that require more than exposure and togetherness to remove.  Movements and interventions like #MeToo and the Women in Finance Charter, which to some extent highlight differences, could have a big impact, which we should evaluate after sufficient time has passed.

In fact, combining a sense of togetherness with harder interventions like quotas or targets for the recruitment of those from minority groups can help to challenge perceptions about ’outsiders’. In addition, there is evidence that having diverse role models inspires those from non-traditional backgrounds.

In 2016, Frank Dobbin and Alexandra Kalev carried out one of the biggest studies of what works in diversity and inclusion in the US, called Why diversity programs fail. Their analysis found that what actually works is not always what we might guess.  In particular, they found that mandatory diversity training, such as unconscious bias training and specialised grievance systems, tended to backfire, actually reducing diversity on average across the 829 US firms they monitored.  Instead, the authors found that self-managed teams, targeted university recruitment and mentoring had a positive effect on diversity.

This echoes conclusions from other areas, like financial education, where classroom-based or online training has been found to have little to no long term effect on behaviour. Mandatory training and specialised grievance systems also run the risk of alienating those who don’t think their behaviour needs to be ‘corrected’ and see this as implicit criticism of who they are.  This means there is considerable scope for alternative approaches to be explored.

So if trying to get people to think differently doesn’t work, what does?  An important finding from behavioural science is that processes are easier to influence than people – and tend to have a bigger effect on behaviour.

For example, while it might be difficult for a manager to dampen the assumptions which might be activated after reading a candidate’s name on a CV, removing the candidate’s name before the manager sees it precludes this problem entirely.  The use of so-called ‘blind CVs’, independent scoring of candidates, rather than trial by consensus and the use of gender-neutral language in job adverts are all small process changes, which in turn change behaviour and outcomes – usually with minimal or no effort.

Iris Bohnet, author of What works, argues that employers should ‘bake-in’ diversity by design.  This includes using blind CVs and job applications – though note that recent research suggests that in some contexts, removing names from CVs removes the effects of positive discrimination. Bohnet also advocates structured interviews rather than conversation and using data, not feelings, when judging performance.

So we know what works when it comes to recruiting.  But what about when a candidate is through the door.  What can behavioural science teach us about achieving equality and diversity once in the workplace?

Another group of US authors, Marianne Bertrand, Claudia Goldin and Lawrence F. Katz, used data to examine the drivers of the gender pay gap, and found that they may not always be what we expect. Using data from a web-based survey of University of Chicago MBAs, they found that while men and women started with similar salaries, after nine years, the small starting gap had more than doubled.  Why did this happen?

In this and subsequent work, the authors explored a number of hypotheses, including that women may have had different training or may be systematically excluded from jobs.  However, they found instead that two of the biggest predictors of the size of the pay gap were career interruptions and differences in weekly hours.

In particular, they found that the pay gap became particularly acute during the ages of 20-40, in which many women first had children. This may be because – while the balance is shifting – the majority of childrearing tends to be carried out by women, which often means time away from work and shorter hours.

Claudia Goldin built on this work, finding, crucially, that jobs which tend to require fixed and long hours, such as business development, had the biggest gaps. Conversely, jobs with high levels of flexibility around when work could be carried out (e.g. pharmacist) had the lowest.

In fact, a large number of jobs that are currently carried out according to a 9-5 schedule could actually be more flexible – and this is likely to have a large effect on the gender pay gap.

Too often, strategies to improve diversity and inclusion are carried out informally, on the basis of intuition and anecdote, rather than hard data. As a behavioural scientist, I would argue that the only way that we can really find out what works to promote diversity and equality is by testing and measuring.

Applied, a recruitment platform, uses behavioural science to investigate how small factors can make a big difference in recruitment.  Their research has thrown up some surprising findings.

For example, when you are applying for a job, it matters which candidate comes before you. Analysis of 12,700 applications found that the rating given to the next candidate after reading an application from an excellent candidate was significantly lower than if the candidate was preceded by a poor candidate.

Their analysis also showed that recruiters get better at scoring as they gain experience of the average candidate (so better to be lower down in the CV pile), but that applicants have a disproportionate advantage if their application is read first (so, otherwise, aim for the top)!

While data can’t give us the whole story, and needs to be supplemented by qualitative accounts from employees and job seekers, it can go a long way to directing resources to the most efficient strategies, as well as creating rigorous evidence which might help to win over those who remain unconvinced.

The only way that we can really find out what works to promote diversity and equality is by testing and measuring.

In fact, firms would benefit from bringing the same rigour to the evaluation of people management strategies that they do to marketing and risk management.

A huge amount of resources are spent on encouraging diversity and inclusion across the financial services sector.  Given the importance of this issue for individuals, for society and for firms, it is particularly important that these are used effectively.

And there is a lot we still don’t know.  For example, are the lessons from Dobbin and Kalev’s US study also applicable to the UK and other countries, where norms and practices for diversity and inclusion might be very different?

Behavioural science can tell us a lot about what has worked in the past – and it also gives us the tools to measure what will actually make a difference in the future.

Thanks to the FCA for permission to share this informative story. 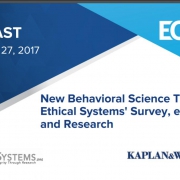 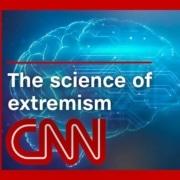 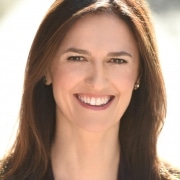 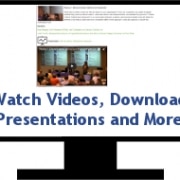