Of all the levers at the disposal of a manager, an invaluable one for promoting cooperation is punishment. Teams that effectively cooperate have incentives in place, like punishments for free-riders—people who attempt to benefit from the work of others without bearing any of the costs. Yet our new research, which involved 24 studies drawing on a sample of more than 21,000 participants, suggests that restoring justice in other ways may lead to leaders gaining more trust from their employees.

Take an example from one of our studies. A manager who chose to compensate an employee after being wrongfully refused a promotion (i.e. give them the promotion and what they lost in earnings) was seen as more trustworthy than a manager who chose to punish the perpetrator who refused to give the promotion. Moreover, the compensator was also seen as equally trustworthy as a leader who chose to both compensate and punish. Given that trusted and respected leaders are more likely to cultivate cooperative behaviors from their subordinates, it may be worthwhile for companies to engage in less retributive and more restorative responses to workplace harms or other injustices. Specifically, a respected, trusted leader who compensates a victim of a norm violation may signal that they endorse the norm, prompting compliance by observers.

Our findings come out of costly signaling theory, the idea that a behavior can signal information about someone when it is too costly for other people to engage in that behavior. For example, owning a fancy car serves as a signal of being rich because only rich people can afford fancy cars. (Costly signals aren’t always reliable, of course—the fancy car could be stolen). Although previous research has argued that punishment serves as a costly signal of trustworthiness, my colleagues and I were interested in whether an alternative response to injustice—victim compensation—might provide people with even superior reputational benefits. Why might this be the case?

One explanation we put forth is that there are prominent incentives for engaging in punishment other than to be helpful. Because punishing is an inherently value-destroying act (it immediately reduces the average payoff in a group), by punishing a wrongdoer a person can actually fulfill their desire to cause harm, while using punishment as a pretext. This means that for all the trustworthy people who choose to punish, there will also be a bunch of nasty people who also find punishment appealing. Over time this would diminish the strength and reliability of punishment as a signal of trustworthiness.

To see if this is true, we looked at how people judge others who compensate victims rather than punish perpetrators. We found that, within the context of an economic game, compensators were seen as more trustworthy, moral, generous, and friendlier than punishers. Even people who said that they themselves would choose to punish, rather than compensate, still viewed others who compensated victims as being more trustworthy. What’s more, when we asked people who they would want as a partner in a cooperation game, they wanted the compensator. We also examined whether people in various real-world contexts prefer compensators and found that, by and large, compensators were seen as more trustworthy in these other contexts as well.

But are these signals honest? Are people who choose to compensate actually more trustworthy, not merely seen as such? Indeed. We found that people who choose to compensate rather than punish are on average less psychopathic, manipulative, and narcissistic. Jerks, in other words, tend to prefer doling out discipline. That can help to keep people in line when they misbehave. But in cases when bad conduct hurts a fellow coworker, compensating that employee may be a better way for a leader to gain trust from their workforce.

Nathan Dhaliwal is a PhD candidate at the Sauder School of Business at the University of British Columbia. 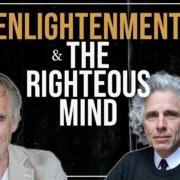 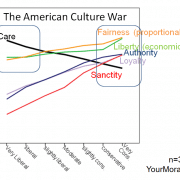 How do people change their minds about issues? 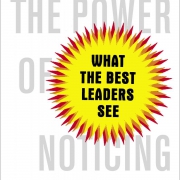 Featured Expert of the Month: Max Bazerman
Do Compliance Professionals Have a Maginot Line Problem?