Corporate leadership takes many forms. This week, Ryan Gellert, the CEO of the outerwear company Patagonia, demonstrated leadership on the issue of climate change, when he voiced strong public support for legislation Congress is about to consider called the Inflation Reduction Act.

The bill would provide federal funds to support technologies that address climate change. To cover the cost, it would add new taxes—notably, requiring all companies with annual revenue of more than $1 billion to pay a minimum corporate tax of 15 percent. This new tax would yield about $300 billion over 10 years. About 70 companies would be required to pay increased taxes, according to a study prepared last year for Senator Elizabeth Warren (D., Mass.)

On August 3, Gellert announced his support for the 15 percent minimum tax, which in his view is an appropriate new revenue source to advance national climate goals. He went out of his way to embrace Senator Joe Manchin’s statement that “it is wrong that some of America’s largest companies pay nothing in taxes while freely enjoying the benefits of our nation’s military security, infrastructure, and rule of law.”

Manchin, of course, is the conservative Democrat from West Virginia who for months had held up the Biden Administration’s climate initiative out of concern for his home state’s coal and natural gas industries and his claim that the environmental plan would add to the national debt and exacerbate inflation. In late July, Manchin agreed to a slimmed-down $369 billion climate-and-energy package which includes concessions to fossil fuel companies and, when combined with the proposed 15 percent minimum corporate tax, strikes the West Virginian as fiscally responsible.

Senator Kyrsten Sinema (D., Ariz.), another holdout, tentatively agreed this month to lend her support to the bill, provided that the 15 percent corporate tax is restructured somewhat to favor manufacturers, among other changes. According to the Institute on Taxation and Economic Policy, in 2020 more than 50 of the largest companies in the United States, including FedEx, Archer-Daniels-Midland, and Salesforce, paid zero in federal income taxes.

In recent years, hundreds of US-based companies claim to have “gone green,” extolling the virtues of reducing carbon emissions and proclaiming their commitment to “sustainable” energy policies. Corporate websites are replete with sustainability reports describing in detail how companies are reducing their carbon footprints.

By the end of this decade, it is estimated that more than $30 trillion will be held in ESG investment funds globally. Part of their stated mission is to track environmental, social, and governmental issues, with a heavy focus on whether companies are reducing carbon emissions. While many of these efforts are well intentioned—some are mostly public relations—they certainly are not sufficient.

Companies alone cannot solve our climate crisis. The government has an essential role to play, and it needs added resources to do its job well. This is what the proposed climate legislation does, offering $369 billion in new federal funds, part of which will support new investments in US wind farms, solar panels, and other clean energy options. The bill also will provide tax incentives and rebates to individual consumers; for example, those from lower income brackets who purchase electric vehicles.

But rather than supporting this approach, as Gellert of Patagonia has done, the leaders of too many large companies have been mum on the proposed law. They have let influential business associations, such as the US Chamber of Commerce, National Association of Manufacturers, and Business Roundtable, lobby to defeat the corporate minimum tax.

Neil Bradley, the Chief Policy Officer at the Chamber of Commerce, argues that the new tax “would discourage investment and undermine economic growth, and [impose] price controls that would limit American innovation. Both will make our economic problems worse.” Jay Timmons, the CEO of the National Association of Manufacturers, argues that the minimum tax would “undermine manufacturers’ competitiveness at a time when the industry is reeling from supply chain disruptions and record inflation.”

Gellert is openly critical of the trade groups, writing that they are “trying to block the will of the people and our government from making meaningful progress because the organizations don’t want their members to pay their fair share of taxes.”

The trade groups’ resistance reflects a larger trend, one in which businesses are pouring unprecedented funds into lobbying efforts and exerting ever-increasing influence over our political process. According to the research group Open Secrets, in the first six months of 2022, more than $2 billion was spent on lobbying efforts overall, more than has ever been spent in a comparable period. And 87 percent of those lobbying dollars were spent by corporations or those advancing their commercial interests.

More corporate leaders need to follow Gellert’s example and question whether their companies’ interests and values, and the well-being of our society, are best served by the trade associations they join and support. He observes, “If you talk about how your company is going to protect the planet, you need to pay your fair share to help scale solutions for things like clean power, transportation, and manufacturing.” 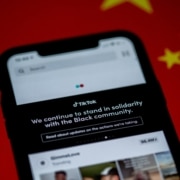 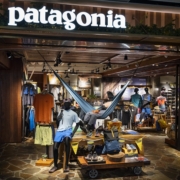 Why Patagonia’s Purpose-Driven Business Model Is Unlikely to Spread 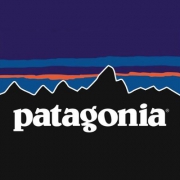 Company Snapshot: “Don’t Buy Our Products” – Ethics at Patagonia
Can We Learn to Disagree Better? with Adam Grant