In 2018, The New York Times ran the headline, “Tesla’s Elon Musk May Have Boldest Pay Plan in Corporate History.” It described that Musk would be compensated only if he pulled off some “jaw-dropping milestones based on the company’s market value and operations.” If he didn’t meet those, he’d be paid nothing. “If Mr. Musk,” the report went on, “were somehow to increase the value of Tesla to $650 billion—a figure many experts would contend is laughably impossible and would make Tesla one of the five largest companies in the United States, based on current valuations—his stock award could be worth as much as $55 billion…” Well, we know how that turned out. The value of Tesla is close to a trillion dollars. Recently, it enabled Musk to purchase Twitter for $43 billion.

This got me thinking about CEO compensation: It’s been a popular topic for decades, as CEO salaries have continued to outpace other wages. But is all the attention leading to anything productive? When researching the topic, it becomes perfectly clear why there is ongoing debate about the ethicality of extreme CEO compensation while some front-line workers make a barely (or not) liveable wage. It’s also understandable why companies pay a lot for such an important position, one people assume has the potential to impact future success greatly. Of course it’s possible, in the case of Musk, that he could have increased Tesla’s value even without that bold of a pay plan. It was, in any case, a gamble for Musk that paid off.

The gap isn’t often the problem so much as the extent to which that gap is explained or justified.

Some argue that CEO pay is driven by the increasing difficulty of the position in a period of stronger governance, noting that salaries have risen faster, not slower, concurrent with increased governance since the 1970s. A role not only spearheading a business, but also managing social and environmental issues, meeting increasingly stringent compliance demands, always under a microscope, the job may be both more challenging for one person to perform in and less desirable. The company may also feel increased pressure to secure the best performers at higher costs to manage these risks.

Further there is evidence that CEO pay has risen due to a combination of advancing technology, communication, increasing idiosyncratic volatility, and winner-takes-all markets. These changes, combined with the principal-agent problem central to hiring a CEO, may have motivated companies to become increasingly convinced that expenditure on the CEO is justified. CEOs make countless consequential decisions at a fast pace, and with high levels of information asymmetry, all in farther-reaching ways than ever possible before. This would mean that the problem is an institutional one, but better understood in the technological and regulatory context that may have driven skyrocketing pay. Sometimes the impact of chance events is overlooked in the eventual success of a company, which is not something a CEO can influence, while performance-based pay will be strongly impacted. Factors such as being in the right industry at the right time may lead to skyrocketing performance despite average leadership, while top notch leadership may be required in a weaker industry and may only maintain performance, or avoid a deterioration of performance endemic to that industry.

How does executive pay impact a company’s culture and its employees? Would there be a benefit to a smaller gap between CEO and employee compensation, in terms of employee perceptions of company culture, motivation, commitment, or other important factors? Or would the pay gap be viewed more favorably when employees can see the reasons the leader holds the position they do, and believe these reasons are justified? Surprisingly few studies have been conducted to answer questions about how CEO pay impacts ethical culture inside an organization. From what we do know, the gap isn’t often the problem so much as the extent to which that gap is explained or justified.

Isn’t it possible that visionary and thoughtful CEOs could have employees’ approval of their high compensation? In such a scenario, derision from outsiders would seem intrusive and ill-informed. Perhaps measures of ethical pay should be based on the CEOs combined value to employees and investors, regardless of external comparisons. From investors to rank-and-file employees, is the CEO viewed as an effective and ethical leader?

Let’s look at the large American grocer, Kroger Inc, a company with a particularly high CEO pay ratio (909:1) as compared with the average of 351:1. Kroger Inc. has approximately 465,000 employees in the United States, with $132.5 billion in sales. operating under many different names across the country. Their CEO, Rodney McMullen, earns approximately $24.6 million in total compensation per year, and has eight years tenure (since 2014) in the position. McMullen’s base salary of $1.34 million is about 54 times as much as the median employee.

The CEO pay ratio doesn’t reflect the size of the company. This is important because large companies like Kroger have a sizable budget for their CEO and would naturally view attracting one of the very best leaders, responsible for ensuring nearly half a million jobs continue to exist, as a worthy expenditure. And it doesn’t seem reasonable for them to ask their CEO to take less pay than can be earned elsewhere, or for any company of this size to shop for a “budget” CEO, because of the risk to firm performance (and prevailing assumption, true or not) of attracting or retaining less talent. Grocery is also a fairly stable industry, and in these industries, rather than going stale or becoming obsolete over time, CEO performance improves with length of tenure.

Let’s calculate CEO compensation per employee. At Kroger this would be $24.6 million divided by 465,000—approximately $53 per employee (per year), disregarding part/full-time status. If the CEO “volunteered their time” for one year, donating the compensation equally to all employees, an additional $53 is how much each person would receive. This figure could be very different for smaller companies, or if the pay of all executives were included. Even so, we can see that decreasing CEO compensation alone is not a solution for significant wage increases in this case, and the CEOs cost per employee is much less than union dues (typically hundreds of dollars per year). If employees believe their CEO truly represented them, shared key values, and acted in ways that benefited the company, many might feel it is worth the $53-per-year cost.

Aside from avoiding CEOs with an oversized signature (a purported sign of narcissism) or those who drive too fast, how can organizations help ensure their CEO will satisfy employees and maintain an ethical culture?

One potential solution would be holding the CEO and other executives accountable for how employees feel toward pay, fairness, and working conditions, with incentives tied to this metric. This would encourage them to address pay and pay perception issues with the organization and balance them with what the board of directors expects. Doing so would demonstrate their value as the custodian of the company culture. Can CEOs be paid in ways that don’t undercut their intrinsic motivation to perform well? Behavioral economics research suggests that paying CEOs guaranteed generous salaries, as well as limited near-term bonuses for specific behaviors or outcomes, may be more effective than basing pay on the performance of company stock.

Another way to mitigate negative views of CEO compensation is to put a spotlight on their responsibilities and their efforts to consider the needs and values of employees. That makes the work they do more salient for employees. Unlike external advocacy, which is risky and not necessarily related to the business activities, highly visible internal activism is both consistent with the job role and likely valuable, as long as the CEO acts as a sensible steward at the intersection of employee and investor interests. Companies should pay attention (but not too much attention) to demonstrating what the CEO does for the employees both directly and through shared successes. Unmanaged or mismanaged, perceptions may be that the CEO is an out-of-touch or uncaring member of the Yacht class.

Large CEO-employee pay gaps within an organization appear to have minimal impact on employees for companies in aggregate. Although the pay gap is likely the result of relative bargaining power (between CEOs and boards and between employees and management) and lower-level employee skill, it’s not necessarily seen as inequitable, nor does it generally hamper productivity. In fact, higher pay gaps may be related to positive business outcomes and management talent. Employees within an organization do not seem to be as negatively affected as popular opinions would predict, perhaps because they are more accepting of the inequality in a company where they are a member, owing to knowledge about how the business is run, or simply in-group bias.

Large pay gaps also may improve performance when employees perceive it as fair (justified, say, by individual skills or company resources). Pay gaps that go unexplained, whether they’re due to a CEO being overpaid or employees being underpaid, both signal lower future performance. When the difference is explained, the gap is unrelated to performance. Employee engagement seems to be similarly unrelated to CEO compensation in general, except at the highest levels of pay, perhaps only when the pay is unusually or inexplicably high.

This means efforts to pay more equitably may be worthwhile in the long run when (and possibly only when) the levels of pay were in fact out of line. The problem may be partially mitigated via increased or improved communication to explain presently unexplained reasons for the gap, as well as genuine improvements in how well the executives serve the needs of their employees and are seen acting in their best interests. Improving the workplace from the bottom up is probably an effective lever for shifting perceptions of the CEO’s leadership overall.

How employees view their CEO’s pay is likely intertwined with the CEO’s behavior, together influencing views on the ethical culture within the company. This is an area where customized research inside an organization would be very useful. In our research, we have found ethical culture to consist of trust and fairness, empathy, ethical leadership, the ethical orientation of the company, and employees’ ability to speak up.

A critical way to approach the CEO compensation issue is to look inward at relevant and addressable impacts of pay at all levels of your organization (don’t overlook management). Conduct quality research, then take action to ensure that the company, its culture, and its people are informed and aligned with the logic of compensation distribution. Giving internal factors high priority will provide tangible benefits to employee perceptions, while also bolstering the organization against external criticism.

There may be an opportunity to gain an advantage by acting first. Demonstrating that CEO compensation is justified and perceived as fair within the organization may distinguish a company as ahead of the competition in terms of ethics. Actions that signal the company’s values may attract employees in a competitive market like today’s, but would have no such value when everyone is doing it. For example a company that invests in more minority leadership may have their first choice of diverse talent, who are likely to be in short supply or less qualified after more companies adopt similar strategies.

The first actions could be conducting research or putting pay gap discussions on the agenda. There already are external pressures, which may strengthen, from government regulation, shareholder advocates, or socially-conscious investors, ensuring that organizations have ethical compensation structures and a sense of fairness in the workplace. Proactively communicating how the CEO represents employees’ interests, or relies on advisors who represent and understand groups of employees, may be a useful and non-disruptive place to start. What’s more, companies can do a lot of work internally to ensure that employees view the CEO and their pay more favorably, including the possibility that pay is actually unjustly or inexplicably distributed.

Brian Harward is a research scientist at Ethical Systems. 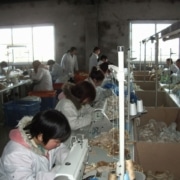 Why Public Discourse Has Become So Stupid
Scroll to top