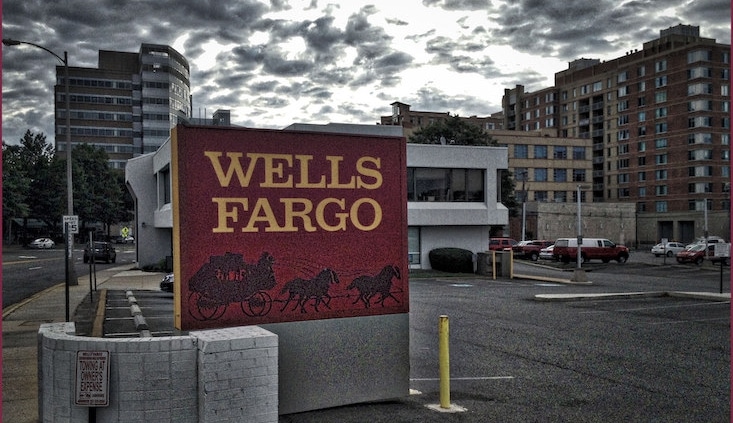 By now, many have heard how it all began: In 2016 it was revealed that the bank fired over 5,300 employees for opening millions of potentially unauthorized or fraudulent customer accounts between 2011 and 2016. These “sales integrity issues,” as the bank put it, likely date back to at least 2002. Then in 2017, news came that Wells Fargo had charged unwarranted mortgage fees between 2013 and 2017 and foisted unneeded auto insurance on many of its customers, causing thousands to default on their car loans and have their vehicles repossessed. Last year, the public learned that Wells Fargo had also foreclosed on hundreds of homes due to a technological glitch. The bank recently agreed to shell out $575 million to settle claims with U.S. states. Matt Eagan, a CNN Business reporter, has been chronicling the bank’s failures since they began. “Wells Fargo initially minimized the millions of fake bank and credit card accounts as wrongdoing by bad actors,” he wrote last month. “It only later admitted the existence of [a] widespread cultural problem.”

We have followed the Wells Fargo scandal with both great interest and dismay because we have studied the cultural causes of unethical behavior in organizations for years—long enough to say that scandals like these, especially the accounts scandal, are predictable. Which raises the question: Why didn’t managers prevent it? One possibility is that they didn’t care, despite how damaging scandals like these can be, not just to their reputation, but to their business. Another possibility is that business school professors, like us, are failing to adequately educate managers on how to create strong ethical cultures where such a scandal is much less likely to occur. Perhaps it’s a little of both. In any case, we can’t do much about the former, but we can tackle the latter. It is helpful to consider what set of circumstances causes these scandals to happen.

High-level managers at Wells Fargo set extremely ambitious performance goals that called for significant annual growth in the number of products sold to each customer, or “cross-selling.” Wells Fargo’s (now former) CEO John Stumpf expected employees to sell eight products per customer, even though the industry average was only two to three. It wasn’t realistic, and the goal was apparently chosen in part because “eight” rhymed with “great!”

Front-line employees knew that selling eight products per customer wasn’t feasible. The bank itself even acknowledged that many of the branches would not be likely to meet the goal. But senior leadership maintained it, and middle managers went along, scrutinizing employees’ performance with a passion, and those who failed to achieve the goals faced ridicule and termination. Employees were under great pressure to comply.

It wasn’t realistic, and the goal was apparently chosen in part because “eight” rhymed with “great!”

Wells Fargo, in its formal ethics program, did train employees to avoid unethical behavior, and counseled them to call the company’s ethics hotline if they suspected anyone was behaving unethically. Many employees did speak up, and the company retaliated, firing some who flagged unethical selling tactics. “They ruined my life,” one former employee, who called the company ethics hotline, told CNN. Well, that sent a resounding message to employees! Eventually, thousands of front-line employees who engaged in unethical selling practices were fired. The managers who designed the systems that produced the behavior were not, at least not until much later, after the scandal went public.

While senior leadership knew about the many reports of misconduct, they didn’t look to their organization’s performance management model or its culture as the root cause of the problem. Instead, they blamed individual “bad apples.” But the problem wasn’t bad apples and—especially in widespread cases of misconduct—the problem generally isn’t bad apples. It is the bad barrel—the culture—that management creates. Consider how ridiculous it is to label thousands of employees “bad apples.” Even if it is just a few employees who are engaged in similar bad behavior, managers should look carefully at their management systems to search for root causes. This is hard. It is easy to pretend that you’re solving the problem by eliminating bad employees. It is harder to admit that systems you designed might be contributing to the problem. The question that managers should ask is this: How is the system that we have designed incentivizing the bad behavior?

In this case (as in many scandals), aggressive sales goals played a major role in motivating misbehavior, but abandoning goal-focused performance metrics is often not an option: Goal-setting motivates performance, and in the absence of goals, performance often deteriorates rapidly, as Wells Fargo learned when it briefly experimented with abandoning sales goals post-scandal. But if the targets are unachievable, research shows, goal-setting can increase the potential for employees to behave unethically. If leaders plan to use goal-based metrics, they should insure that the goals are achievable and also calibrated with ethical behavior in mind: The ethical “how” must matter as much as the bottom line “how much” when it comes to performance evaluation and compensation for both employees and their managers.

We learned a lot about these processes through a co-authored research project based on 15 months of observational data in a large telecommunications company (over 10,000 employees), where we examined the conduct of managers and their sales staff.1 Senior leaders at this company set unrealistic performance goals for their sales staff as part of a broad, cost-reduction strategy to shift from pricey sales staff in the field to less expensive sales staff, “desk salespeople,” who sold products over the phone.

However, as Ethical Systems Executive Director Azish Filabi wrote, explaining the study we published in Organization Science, “because the desk sales team cheated the internal systems, the company didn’t actually gain the cost savings that it thought it had. The apparent success of the desk sales team (based on false information fed into the management information-system) led upper management to reduce the number of field-staff sales members, which undermined an important sales channel at the firm.”

In that study, we found that even when lower-level employees pushed back against unrealistically high goals (as many did), their immediate (middle) managers persisted in applying pressure, because these managers are often—and were— compensated based on the goals their subordinates achieved. Even if they don’t receive monetary incentives, it benefits managers’ reputations and careers if their subordinates are perceived to be “successful.” As a result, middle managers often feel compelled to find ways for their employees to either achieve the goal (for instance, by opening accounts for customers without their knowledge) or to make it look as if they are achieving it (for instance, by representing others’ sales as their own).

We also found that it is the middle managers who innovate ways for their subordinates to perform unethically and who pressure them to do so (including by shaming them for low performance). What’s more, we learned that most employees are indeed aware that their behavior is unethical, and that they are also very uncomfortable with complying—though they also may not see a way out, short of leaving the organization. That’s not an appealing option if better paying jobs are unavailable. Therefore many employees often reluctantly stay and comply.

So, managing goals and incentives is much more nuanced than many managers realize. Management should be able to say with certainty that the goals they set are achievable—given employee skills, the resources available to them, and other relevant criteria. Managers should also request employee input about whether employees can meet the bottom-line performance goals ethically since, under enough pressure, even good employees will take ethical shortcuts.

In a September 2016 congressional hearing, Stumpf famously testified, “I care about outcomes, not process.” It is important that executives reject this wrongheaded mindset, which narrows focus on the numbers rather than the quality of the work, or whether it is carried out ethically. Managers should establish ethical expectations for how employees accomplish their measurable, bottom-line goals—for example, by including goals (and measures of their achievement) for values-based behaviors. For instance, perceptions of an employee as honest and trustworthy, as someone who treats others with respect, who develops long-term relationships with customers, and more.

The organization should look to its own ethical values for guidance and then weight ethical goal-achievement substantially (at least equal to bottom-line performance goal-achievement) in decisions about compensation and promotion. This requires careful thought but it is doable, and that kind of system will speak volumes about how employees can succeed in the organization. A focus on the numbers only—especially if units operate autonomously, as was the case at Wells Fargo—makes it much more likely that managers (and their employees) will find any way to achieve them (or at least appear to do so).

In our study we also found that when top management relied exclusively on the numbers reported from below, they did not receive an accurate or complete picture of the underlying dynamics of business operations. This may be a startling realization for some executives: Senior managers and front-line employees need to interact relatively frequently so the leaders can be closer to the challenges employees face in their work. The old advice about “management by walking around” still applies.

If Wells Fargo had hired 5,300 “bad apples,” it should have examined its recruitment practices. The crucial lesson from Wells Fargo is that “bad apples,” if they exist, are likely few in number. Contextual factors—such as bad leadership or poorly constructed goals and incentives—are more likely to be the root cause of bad behavior. Because these factors are often complex, and may implicate senior management (if the performance-management system is flawed, for example) managers may, intentionally or unintentionally, choose the easier path—fire the so-called “bad apples” and assume that all will be well. But that is almost never useful. If they are getting reports of unethical behavior, senior managers (and boards) should take those reports seriously and seek out the root cause. This can be done through a culture assessment, in conjunction with an independent investigation process, to understand why the behavior is occurring and how the organization can best address it.

If Wells Fargo would have done this, the unethical behavior could have been corrected sooner, fewer customers would have been harmed, and the company’s reputation would not now be in shambles.

Linda Klebe Treviño is a Distinguished Professor of Organizational Behavior and Ethics at the Smeal College of Business, at Pennsylvania State University.

Niki A. den Nieuwenboer is an Assistant Professor of Organizational Behavior and Business Ethics at the University of Kansas School of Business.

The opinions expressed are those of the authors and not their respective institutions. 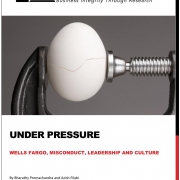 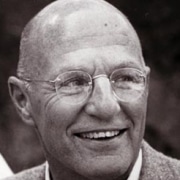