Mindwise: How We Understand What Others Think, Believe, Feel, and Want is a book about our “sixth sense”, or mindreading, but there’s nothing supernatural about it. Epley is an experimental social psychologist, and this is a book about his research into how we understand the intentions, motives, thoughts, beliefs, feelings and wants of ourselves and others, our mistakes in doing so, and what we can do to correct for these predictable errors.

Why is this important? Because our sixth sense underpins our ability to cooperate.  In the business world, cooperation is foundational for performance and profit.  Anyone whose job rests, even in part, on successful interactions with others (cooperation) will benefit from this book.

The book is split into four parts. Part one is about how we misread minds.  Specifically, that’s 1) how we understand less about our own and others’ minds than we’d expect and 2) what we can and can’t know about our own minds.  Part two is about how we read minds when we shouldn’t, and we don’t read minds when we should.  Part three is about mistakes we make (egocentrism, stereotyping and the correspondence bias) in understanding the minds of others.  Part four is about what we can do to be better mindreaders (how we can be better at understanding people’s motivations, intentions, thoughts, beliefs, feelings and wants).

Did you know seeing someone for only 1/20 of a second is enough for you to form impressions about them that bias your assessment of them and how you interact with them?  The problem is that, in many cases, those impressions are not accurate.

“We think we understand the minds of others, and even our own mind, better than we actually do.” We’re overconfident in our mindreading abilities and this makes us wrong a lot of the time for predictable reasons.  Correspondingly, when dealing with colleagues, friends and even loved ones, we know a lot less about their minds than we think we do.

Fun fact: on average, mindreading between strangers was correct about 20% of the time whereas it was correct around 35% of the time between close friends and loved ones.  In other words, we’re wrong about the minds of strangers four out of five times and we’re wrong about the minds of loved ones two out of three times.  With that, you can see why one of the pieces of advice on our decision making page is to be more humble.

Some good quotes from the chapter are:

CHAPTER 2: WHAT YOU CAN AND CANNOT KNOW ABOUT YOUR OWN MIND

“The only difference in the way we make sense of our own minds versus other people’s minds is that we know we’re guessing about the actual minds of others.  The sense of privileged access you have to the actual workings of your own mind – to the causes and processes that guide your thoughts and behavior – appears to be an illusion.”

You know why you think and feel something right? Well, as it turns out, you don’t actually.  We can’t see all the inner workings of our own mind and consequently when we try to decipher why we feel a particular way we’re really just guessing – the same as when we try to read the minds of others.  This chapter is filled with witty anecdotes and examples that, if you read the book, will illustrate just what is meant by this.

Most people think this doesn’t apply to them (do you?) until they see the examples first hand (the planning fallacy bet, the elephant drawing, and George Bush examples are good for this) but the basic points are sound: introspection is limited, you guess when reading your own, and others’, minds and then you come up with rationalizations after the fact.

Our psychological heroes in this chapter are construction (or the limits of introspection), associative networks, the planning fallacy and naïve realism.

CHAPTER 3: HOW WE DEHUMANIZE

“You are describing psychological distance when you say that you feel ‘distant’ from your spouse, ‘out of touch’ with your kids’ lives, ‘worlds apart’ from a neighbor’s politics, or ‘separated’ from your employees.”  This is failing to engage your sixth sense in action.

If you think it’s important to understand what motivates your employees, students or customers, then understanding how and when we engage, and fail to engage, our mindreading ability is important. That’s what this, and the next, chapters are about.

Studies show that managers think that they’re motivated intrinsically but that they think their employees are motivated extrinsically.  As it turns out, this is wrong, and a big mistake for trying to understand how to motivate your people.

If you don’t understand people’s incentives then it’s hard to create incentive systems that are going to work well.  Our mindreading abilities are remarkable but there are predictable reasons why you don’t engage them when you should. Disengagement comes from distance. Not surprisingly then, learning when to engage your sixth sense can help you gain insights you’d otherwise miss.

Some good quotes from the chapter are:

CHAPTER 4: HOW WE ANTHROPOMORPHIZE

Our brain’s default settings for engaging with the mind of another are not optimally calibrated.  We make mistakes with seeing minds where none exist (this chapter) and we make mistakes by not engaging our sixth sense when we should (the previous chapter).  Understanding what triggers us to anthropomorphize can help us see when we’re engaging our mindreading ability when it’s not advantageous to do so.  The three triggers for engaging our sixth sense when we shouldn’t are 1) it seems like it has a mind 2) its behavior can be explained by having a mind and 3) it reminds me of myself and therefore has a mind.

CHAPTER 5: THE TROUBLE OF GETTING OVER YOURSELF

“People using ambiguous mediums think they are communicating clearly because they know what they mean to say, receivers are unable to get this meaning accurately but are certain that they have interpreted the message accurately, and both are amazed that the other side can be so stupid.”

When trying to understand another’s mind, we start by thinking about how we feel about a situation which leads to more predictable mistakes in how we read minds.  The two main classes of mistakes are the “neck problem” – where you and the other person pay attention to different things; think necks looking in different directions – and the “lens problem” – where your particular biases influence how you filter information; think lenses through which you see the world.  The neck problem is that you and someone else may be paying attention to different things, thus preventing you from effectively communicating. The lens problem is that even if you are paying attention to the same thing, you and someone else will likely be evaluating that same thing differently.  You can correct for the neck problem – by thinking about, or asking the other person, what they’re paying attention to relating to a given scenario – but it’s harder to correct for the lens problem.

CHAPTER 6: THE USES AND ABUSES OF STEREOTYPES

Frequently the stereotypes we have about groups of people have some accuracy to them but we almost inevitably overestimate how much insight we actually get from the stereotypes.  In a lot of cases, while there might be some insight, the differences between groups are marginal and we almost always exaggerate them.  This makes sense based on how we process information; we emphasize our differences to create identity and experiences – not our similarities – and our brains do their best to find causal explanations even when none exist.

Importantly, we only rely on our stereotypes when we don’t have other good evidence to go on – after talking with someone for ten minutes our initial judgment based on stereotyping has pretty much vanished.  Some stereotypes can be a good initial starting point in the absence of other information but remember we vastly overestimate the magnitude of the patterns we observe and the insights you can gain from them need to be only one part of a number of pieces of evidence.

CHAPTER 7: HOW ACTIONS CAN MISLEAD

“Only a fool would infer that a person who slips on an icy sidewalk wanted to fall, but the contextual forces that contribute to our successes and stumbles are routinely less obvious than ice on a sidewalk.”

In a nutshell, the above quote is what this chapter is about.  As users of this site will surely recognize, context matters – sometimes more than people’s personality or values – and it’s rarely as simple as observed behavior = people’s intentions.

Like many biases though, the correspondence bias – where we assume that observed behavior is a direct result of people’s intentions – is our default setting. We therefore naturally and mistakenly assume that we know much more about people than we really do.  This can result in misevaluating situations, addressing the wrong questions and thereby trying to solve the wrong problems.

CHAPTER 8: HOW, AND HOW NOT, TO BE A BETTER MIND READER

What doesn’t work for improving mindreading? Learning to read body language and improving perspective taking. Some people can get some gains on the margins from training in these areas but many of the improvements are negligible, even if they are overstated in the popular media.

Essentially, if you really want to understand what someone is thinking you’re going to have to ask them.  What we know about our own minds is limited though so don’t ask them why they think something, ask them what they think. Then, because we so frequently misunderstand what’s said (because of the lens problem) reiterate what they said to you back to them to make sure you understand what they’re saying.

The main psychological cast of characters from this book are: 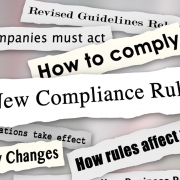 Bias Among Choice Architects: On psychology and regulation

Risk assessment: law, economics, morality science…and liquor
Why all of us could face UNC’s problem

Featured Collaborator of the Month: Nicholas Epley
Scroll to top