Over the past few weeks, Ukraine President Volodymyr Zelensky has gone from being someone the world hardly knew to an individual whose heroism and leadership people from around the globe are heralding. It’s no secret why this has happened: in the face of overwhelming odds against Vladimir Putin and his Russian forces, Ukraine’s president has continued to hold strong defiantly and bravely, showing the entire world how to stand up to bullies who use horrible tactics to oppress and intimidate.

Obviously, there is no comparing the war atrocities of Putin and his forces to organizational jerks in the workplace. But Zelensky’s extraordinary example has several universal truths about how to confront bullies in the office and elsewhere.

Remember, a bully’s greatest source of power is the silence of his victims.

Organizational bullies are the very definition of toxic. They intimidate their teams, using a mix of fear, passive aggression, veiled threats and coercion to get others to do what they want. They are often sarcastic and demeaning of others they deem to be weaker than themselves, while potentially showing favoritism to a select few who return the esteem with blind loyalty.

Unfortunately, organizational bullies are all too common in our workplaces. The 2021 WBI U.S. Workplace Bullying Survey reveals that 30 percent of workers have had direct experience being bullied, while an additional 19 percent report witnessing bullying at work. Interestingly, individuals who performed remote work were found to be more likely to be bullied. Sadly, two-thirds of those who are targeted for bullying will end up losing or leaving their job.

Organizational bullies can seem alarmingly powerful at first glance, especially when they hold a management position. But as Zelensky’s example shows, implementing a core set of strategies will help rally others to support you and work together to bring a stop to the toxic behavior. Here are six ways you can help ward off workplace bullying.

Setting aside your own fear for the greater good is a vital first step. When the United States government offered to help Zelensky evacuate from Ukraine, he reportedly said, “I need ammunition, not a ride.” This has served as a rallying cry for Ukrainians. Your own willingness to take a stand is where it all begins. This doesn’t mean you have to commit career suicide or make a public denouncement in a fit of outrage. But it does mean someone has to go first in a measured, well-conceived plan.

Confront Your Inner Sense of Risk

You must confront the stories you tell yourself that empower bullies if you wish to succeed. As Dean Bartles, president and CEO of Manufacturing Technology Deployment Group, Inc, explained to me in a recent conversation, “We all have embellished fears—our worst nightmares—that can paralyze us from taking necessary actions. Quite often, we create monsters in our head that are ultimately far worse than any real-world consequences we might experience. When you confront the damaging self-talk, you will be able to think clearly and feel confident in taking action.”

Ukraine has received an outpouring of aid from around the world as nations send military equipment and humanitarian supplies. Zelensky has rallied much of the world for something that unites them—the freedom and safety of the Ukrainian people. In the workplace, you can achieve this by engaging others in a united cause, be it performance goals or shared aspirations. This can often prove to be a stronger motivation for wary allies than trying to stage a “coup” against the bully. The key is to rally people “for” something you each care about, not to rally them “against” the bully. It can also be an informal network of peers who gather to discuss personal development, shared career goals, or even a common project. The goal is to create community in which feeling a sense of belonging and purpose can be satisfied and where everyone feels safe to be themselves.

A key part of Zelensky’s success in garnering global support has come from his ability to embolden the voices of others who are suffering due to Putin’s actions. This has helped to create a groundswell of conviction for Ukraine’s cause. When confronting an organizational bully, empowering the voices of others who have experienced harmful behavior is key to spreading awareness and liberating those who may be cowering in fear. Again, no need to inflame the bully’s ire. As Bartles notes, “Creating platforms for others to shine and speak can happen in many forums—project updates, standing meetings, or your company’s brown bag series. Bullied victims tend to withdraw, feeling insignificant. It’s important to draw them back out to be seen and held in regard. If you become the person whom others see as paving the way for your colleagues to shine, you will garner the genuine loyalty and respect that the bully can only coerce.”

Don’t Be Afraid to Escalate

Russia’s egregious behavior during its invasion has been continually broadcasted for many to see through social media and other channels. Russia’s fraudulent claims that its attacks haven’t targeted civilians have been quickly debunked. Zelensky has repeatedly called for more sanctions against Russia, as well as more defense equipment from other countries. Many are readily answering the call.

When confronting an organizational bully, you shouldn’t be afraid to use HR channels, anonymous ethics hotlines, or any other means at your disposal to expose their destructive behavior to others with the power to make a difference. The key is not to do this vindictively. Keep your focus on enabling the organization around you to thrive, and not on “taking down the bad guy.” Zelensky has remained single-minded about Ukraine’s sovereignty and freedom, not Putin’s demise. This precedent was set a decade ago by William Browder, who sought justice for his Russian attorney that had been subjected to Putin’s corruption and torture, and won. Remember, a bully’s greatest source of power is the silence of his victims.

Make the Bully Face Themselves

At some level, bullies are covering their own insecurities with pompous arrogance. They know others despise them, and try to use abusive behavior to cover their own weaknesses. Ukraine hasn’t been afraid to do this, whether through social media posts or Zelensky calling out Putin for sitting “30 meters away” from others during meetings. He fearlessly confronts the attacks on children’s and maternity hospitals. Whether or not his bully relents, the world is certainly watching and other bullies may think twice before attempting heinous actions. If you have access, privately invite the bully to consider how their actions reflect on them and to find alternative choices before it is too late. As long as their behavior hasn’t yet broken laws or has any chance of redemption (totally unlikely for Putin), allow them to see you as an ally, not the enemy. Convey you are trying to help them find ways to succeed that don’t leave a wake of bodies behind them.

Zelensky has secured his place in history as a global hero—while Vladimir Putin has quickly become a pariah who has buried himself under the loathing contempt of the world. Organizational bullies, take note. For Putin, things are unrecoverable. But for you, it may not be too late if you can come to terms with being a Goliath surrounded by potential Davids. For those facing down bullies, you can create a healthier work environment where everyone is able to thrive by applying the lessons and leadership Zelensky has modeled in your own efforts—and emerge as the leader your bullies can never be. 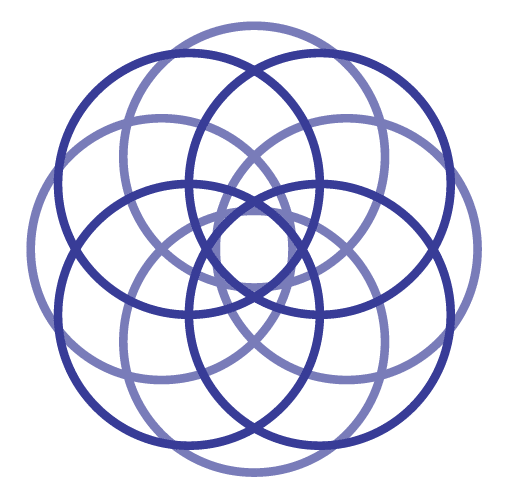 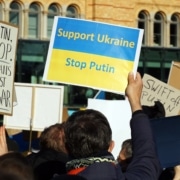 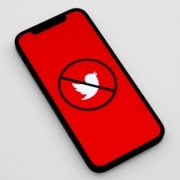 The Invention of Incarceration
Scroll to top