Woefully unprepared countries, governments, and healthcare systems during this pandemic are struggling with a profound tension. They are tasked with taking care of those they have committed to serve while also protecting those who are providing care or safety. This tension shows no signs of easing, and continues to place the “helpers” in precarious situations. They have to choose between risking their lives or potentially losing their jobs, deciding who gets life-saving treatment and who will be left to fend for themselves. These types of ethical conflicts are often accompanied by tremendous emotional and moral burden. If left unresolved, they can lead to moral distress.

Take the nurse on the frontline who is being asked to take care of patients without adequate personal protective equipment. She knows the right thing to do is to protect herself from harm, but she is confronted with the challenge of being an advocate for her patients by continuing to care for them. This is moral distress at its core—the inability to behave in what you believe to be an ethical manner.

The recent scandals at Wells Fargo likely provide us with a non-healthcare example of moral distress. It is reasonable to assume that those individuals who sold unsuspecting consumers sham accounts felt as though they were unable to do the right thing. This is because external constraints—namely the culture of the organization, which Ethical Systems analyzed in a case study—prevented them from taking action. Eventually, Tim Sloan, Wells Fargo’s CEO at the time, even admitted that significant ethical and cultural weakness had caused major problems within the organization. The magnitude of the Wells Fargo cross-selling scandal is a great example of how severe ethical blunders can be during non-pandemic times. But to our knowledge, little work has explored employee moral distress experienced by those at Wells Fargo or other industries beyond healthcare.

With the ongoing pandemic exposing even the tiniest of ethical cracks, the spread of COVID-19 should be a call for employers and leaders across all industries to begin this work. At first glance moral distress may seem limited to occupations that regularly come face-to-face with mortality, but the potential for moral distress exists whenever a person’s ability to behave ethically comes under internal or external resistance.

A significant portion of the moral distress literature has focused on many of the internal factors thought to contribute to moral distress. These include a person’s moral resiliency, ethical creativity, fear of reprisal, and previous unsuccessful attempts to take action. In this case, the assumption is that the source of moral distress is due to an internal locus of control. This is reflected in many of the different interventions offered to manage moral stress. These types of interventions are often akin to traditional therapy sessions in which people direct their focus inward, to strengthen coping abilities and address moral and emotional needs.

But what does a person do if the source of their moral distress is a difficult boss? What can you do if you lack sufficient authority or face significant repercussions like being fired? This source of moral distress can be particularly detrimental because, instead of the employee, here the root cause is often the organization. Such is the case for the nurse juggling the decision to risk her safety or abandon her patients. Or the sales people being threatened into falsifying numbers. In these cases, the solution needs to target the organization. So, what can be done?

Growing evidence has linked the prevalence of moral distress with the ethical context of the workplace, which suggests that the stronger the ethical basis of an organization, the less employees report moral distress. Others have shown that organizational constraints are one of the main dimensions contributing to moral distress and have suggested that ethical leadership can function as a moral-distress deterrent.6,7,8 In other words, the ethical culture and climate of an institution has a major impact on how its members reveal and address ethical challenges from within. And of course, researchers have known about the effect of context on ethical behavior for quite some time. (Have a look at the extensive body of literature on corporate culture and whistleblower behavior and decision-making).

Yet the frequency with which businesses abdicate responsibility, both large and small, would seem to suggest that a singular focus on the “bottom-line” continues to take precedence. Business leaders should be wary of this approach. And many are. Many leaders are beginning to see the tremendous long-term value in fostering a solid ethical foundation for their organization. In 2019, a group of 200 C-suite executives met to outline a new definition of the “purpose of a corporation”—to deliver value to customers, deal ethically with suppliers and supporting outside communities, and perhaps most importantly, to invest in employees. Addressing moral distress in the workplace would be a great way to demonstrate this commitment.

Many healthcare systems have trained clinical ethicists who regularly handle complex ethical challenges. A few even have large teams of ethicists who consult with employees, something that may become increasingly important as we inch closer and closer to a nationwide reopening. Of course, this is something worth doing in non-pandemic times. Business leaders in all industries will find significant organizational benefits from consulting with ethicists, including increases in customer loyalty and employee retention, as well as reduced legal issues and a better reputation. Already many ethically aware organizations, like Facebook, are using full-time ethicists to inform and strengthen their ethical decision-making. These professionals are excellent resources and guides for establishing and maintaining a sound framework of business ethics and moral leadership.

The true character of an organization is revealed in how it responds to times of crises and more importantly, in how it cares for its people. Simply looking at traditional regulatory metrics is insufficient. Jonathan Haidt has argued that in doing so, “…you cannot truly see the ethical fabric of the organization. Ethical failures start microcosmically in more insidious ways than outright greedy corruption.” Organizations would be wise, therefore, to incorporate measures of moral distress into their repertoire of business metrics. After all, if it’s true that employees don’t leave bad jobs (they leave bad managers) what kind of ethical organization could allow bad managers to persist and sometimes thrive?

Despite the chaos, anger, and fear that seems to have found its way into this new version of daily life, there is a silver-lining. This pandemic has presented us with a tremendous opportunity to learn from past missteps. Don’t waste it. The literature on moral distress is clear: If you want to find the ethical failings of your organization, ask your employees about their moral distress.

David Reis, PhD, is a researcher with a background in behavioral neuroscience and an Ethics Program Coordinator for Wellstar Health System. His research interests include the contextual influences of ethical behavior and decision-making. 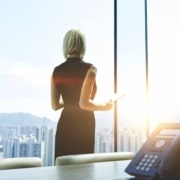 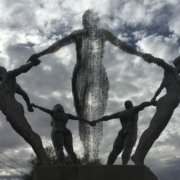 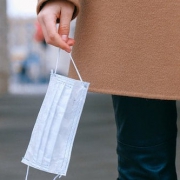 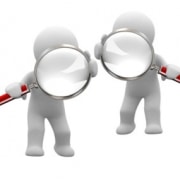 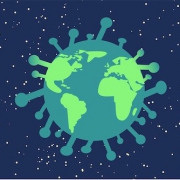 Behavioral Economist Robert Frank on COVID-19 and the Mother of All Cognitive...
Scroll to top